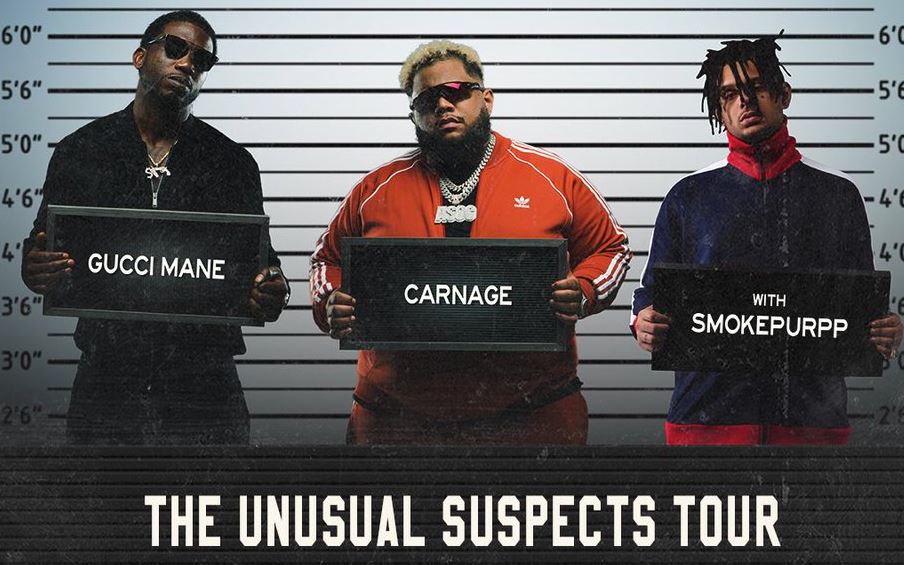 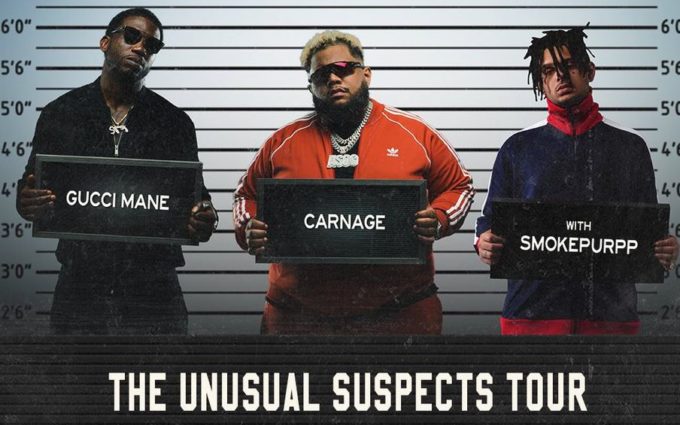 Gucci Mane recently released a new single ‘Wake Up In The Sky‘ featuring Kodak Black and Bruno Mars which has taken off well. It’s the first taste off his forthcoming new album The Evil Genius.

Looks like Gucci is setting it all up for this Winter. Today, the Atlanta rapper has announced his The Unusual Suspects Tour where he will be joined by supporting acts Carnage and Smokepurpp. The trek kicks off Nov. 7 at St. Paul, MN and travels through most major markets like New York, Seattle, Chicago, Washington D.C., L.A. and more before wrapping up in San Francisco on Dec. 7.

Tickets go on sale 10 am local time on Friday on the official website. 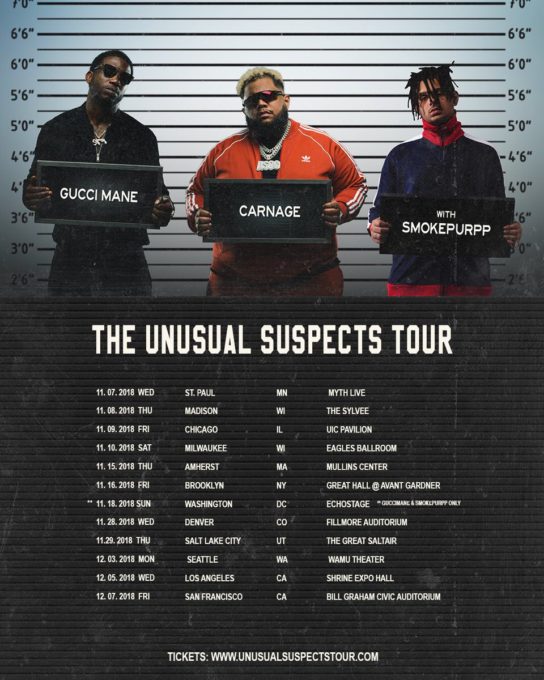