Kanye Takes Homeless Man to Studio After Hearing Him Rap on Street: Watch 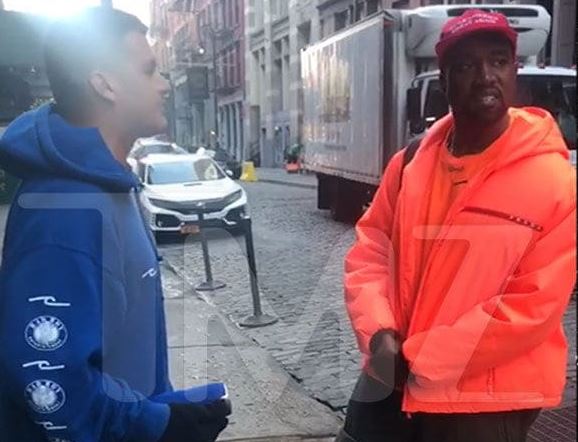 Kanye West made a homeless man’s day by inviting him to the studio to rap some bars on the mic.

Kanye was walking a street in New York City Saturday morning when he spotted a guy named Nino Blu who recently became homeless. He gave him a chance to rap some lines for him and after being impressed, told him to come to the studio. “Actually, my birthday was the other day,” Nino said in a video shared by Kanye himself. “I just became homeless because the place I was living in was a little crazy and I’m out here on the street.”

TMZ also managed to get another piece of footage where the man is rapping while Kanye patiently vibes to it. Check it out below. Kanye is set to release his new album YANDHI sometime today.