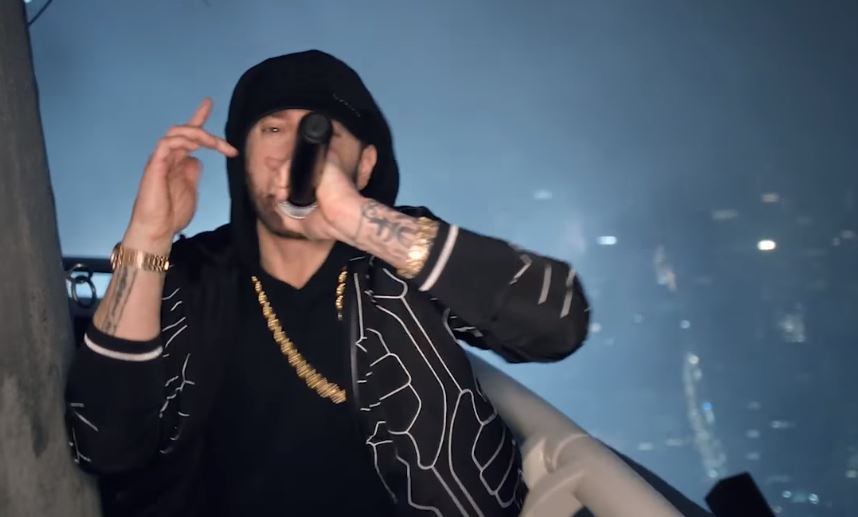 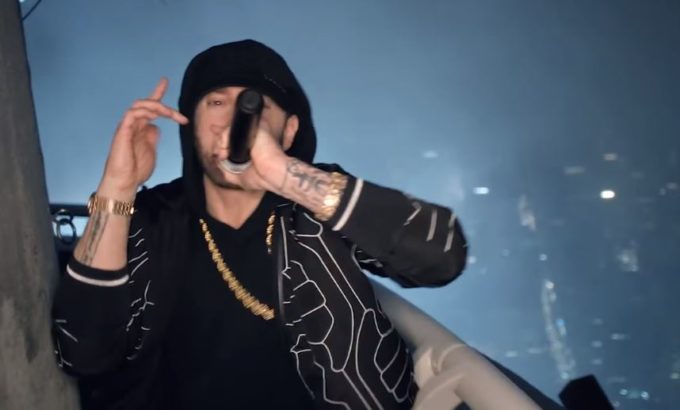 Eminem teased a “performance” from the Empire State Building in New York for Jimmy Kimmel Live earlier today which has now been released in full.

The video is obviously pre-taped because the production is big on this and would have required at least one full day. Eminem makes his way from bottom to the absolute top of the iconic building as he performs the verses from the Kamikaze track. It’s more like an alternate music video for the song, rather than a performance as he’s not really delivering any extra vocals. It’s a fun watch nevertheless.

Eminem released a proper music video for the song earlier this month, which is also the title track off the Marvel film, in theaters now.