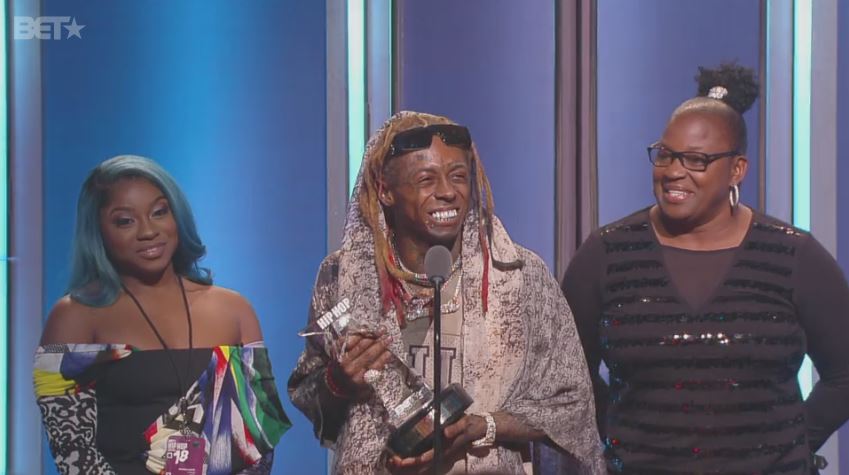 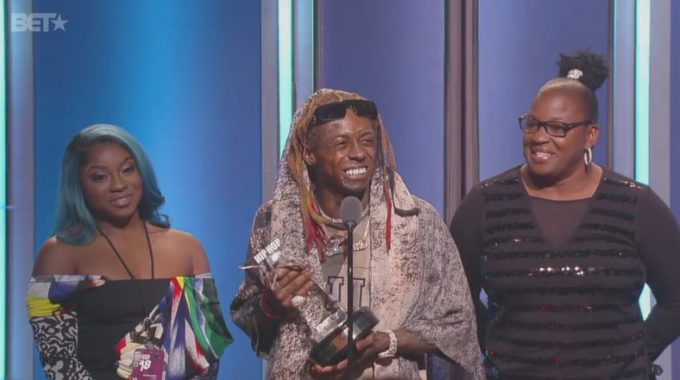 The 2018 BET Hip-Hop Awards are currently airing and this year, BET decided to give away the first ever I Am Hip-Hop award. The first recipient, rightfully so, was Lil Wayne.

He took the stage with his mother and daughter and talked about refusal to stop. He talked about his own refusal to stop through the last few years in trying to release Tha Carter V and he also talked about a former NOPD officer called Bob’s refusal to stop in saving his life after his suicide attempt when he was a child. He mentioned that he speaks to him often which is interesting because on his song ‘London Roads’ from FWA, he gave the impression that the officer had passed away.

You can watch the full acceptance speech below. Who do you think is deserving of this one next year?