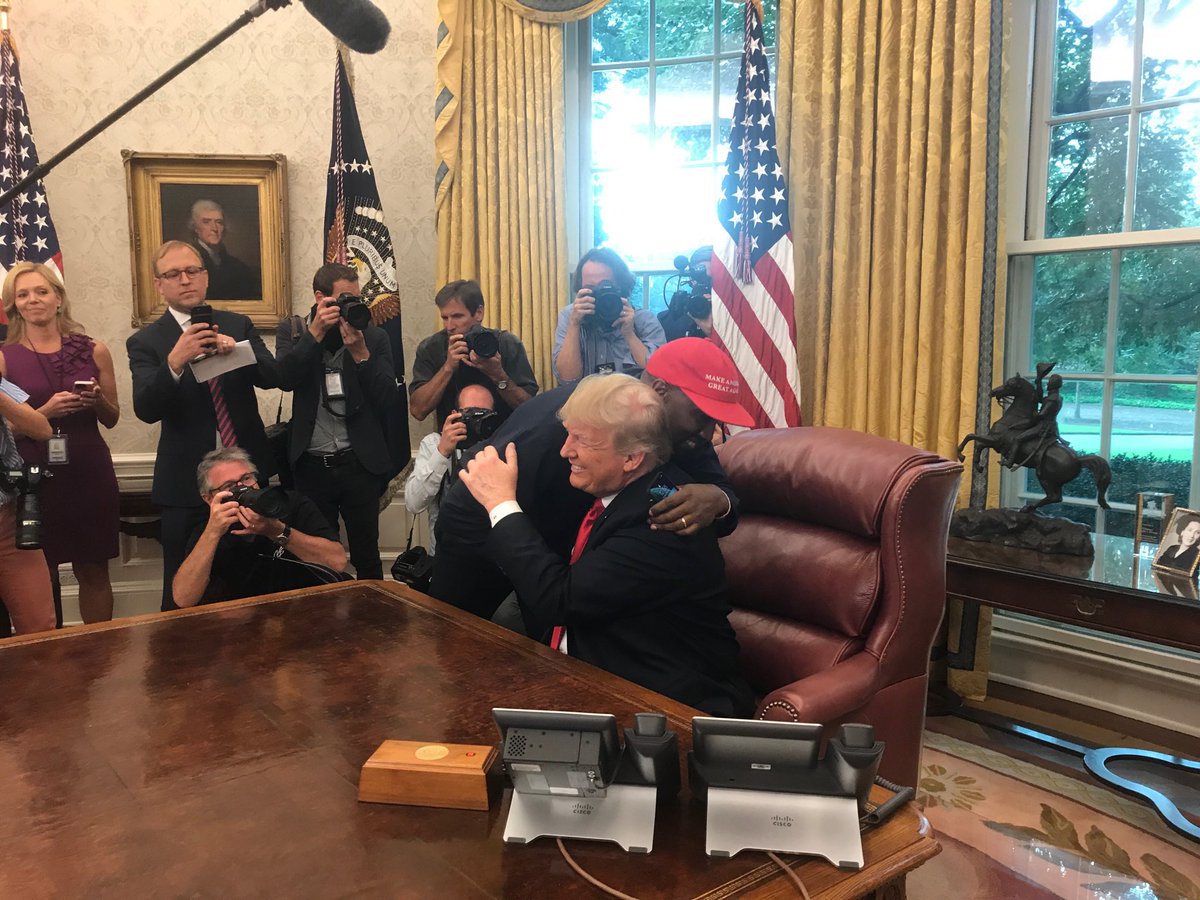 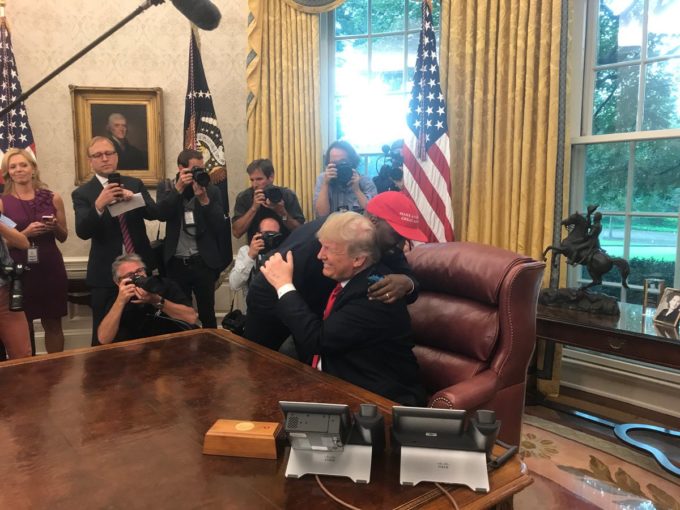 As expected, Kanye West made a visit to the White House on Thursday to meet with his good friend Donald Trump in the oval office.

During a 10-minute monologue that ranged from prison reform to manufacturing, politics and the universe, the rapper said: “They tried to scare me, my friends to not wear this hat, but this hat, it gives me power in a way.”

After reporters were allowed into the Oval Office for a photo op, West and Trump answered several questions. The artist then went on a 10-minute soliloquy, making stream-of-consciousness points about the state of the world, why he didn’t support Hillary Cilnton, bringing factories to Chicago, and his support for the president. “Trump is on his hero’s journey right now,” West, told the press in the room. “He might not have thought he’d have a crazy motherf*cker like me.”

“I love Hillary. I love everyone, but the campaign ‘I’m with her’ just didn’t make me feel — as a guy … it was something about this hat that made me feel like Superman,” he added about his MAGA hat.

“I love Hillary. I love everyone, but the campaign ‘I’m with her’ just didn’t make me feel — as a guy … it was something about this hat that made me feel like Superman”

On Blck democrats, he said: “People expect that if you’re black, you have to be Democrat,” he said. “If he [President Trump] don’t look good, we don’t look good,” he said at one point, attacking the “liberals” on the Saturday Night Live show who have criticised his support for Mr Trump. Watch the full video below.