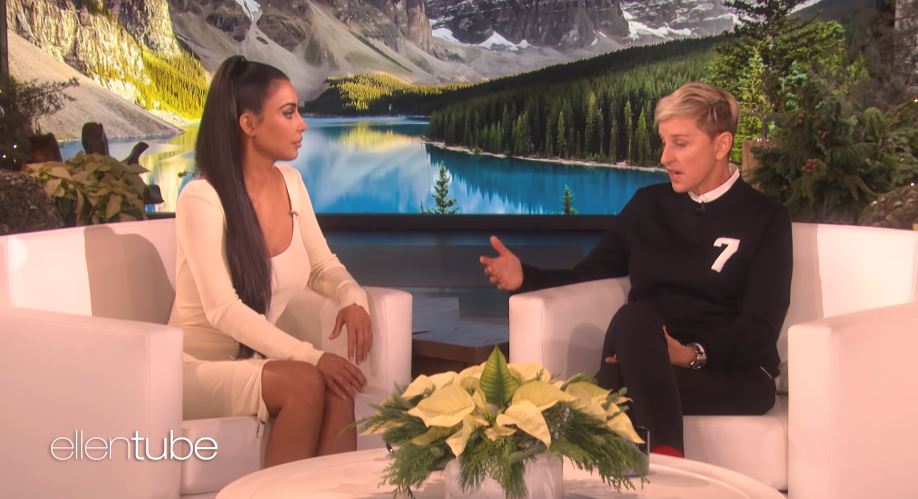 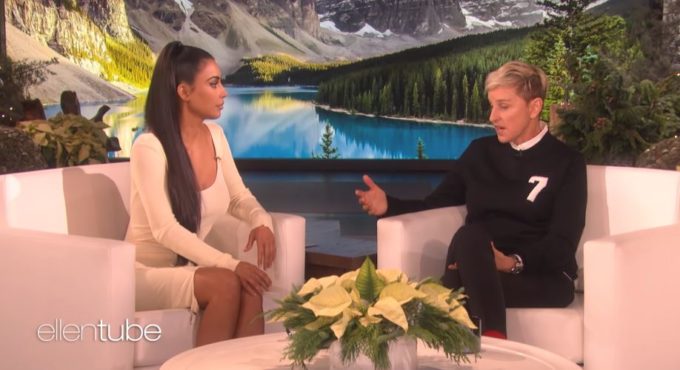 Kim Kardashian certainly looks like a fan of The Ellen Show, seeing the amount of appearances she makes on it.

Mrs. West made another stop on the show on Wednesday morning where she discussed the dangerous California fires that came very close to burning down her home. Kim then donated $500k to relief funds on behalf of her husband Kanye West, Adidas and his Yeezy brand. Out of that, a $200,000 check was presented to the California Community Foundation’s Wildfire Relief Fund while another $200,000 was given to the California Fire Foundation.

Kim also surprised brave firefighter Michael Williams and his wife with a $100k check. The couple (who were also guests on the show) lost their home in the disaster but continued to battle the fires and saved many of their neighbors’ homes.

Towards the end, Kim K addressed one sexy photo on her Instagram and revealed that Kanye gets upset sometimes over her revealing photos. Watch it below.