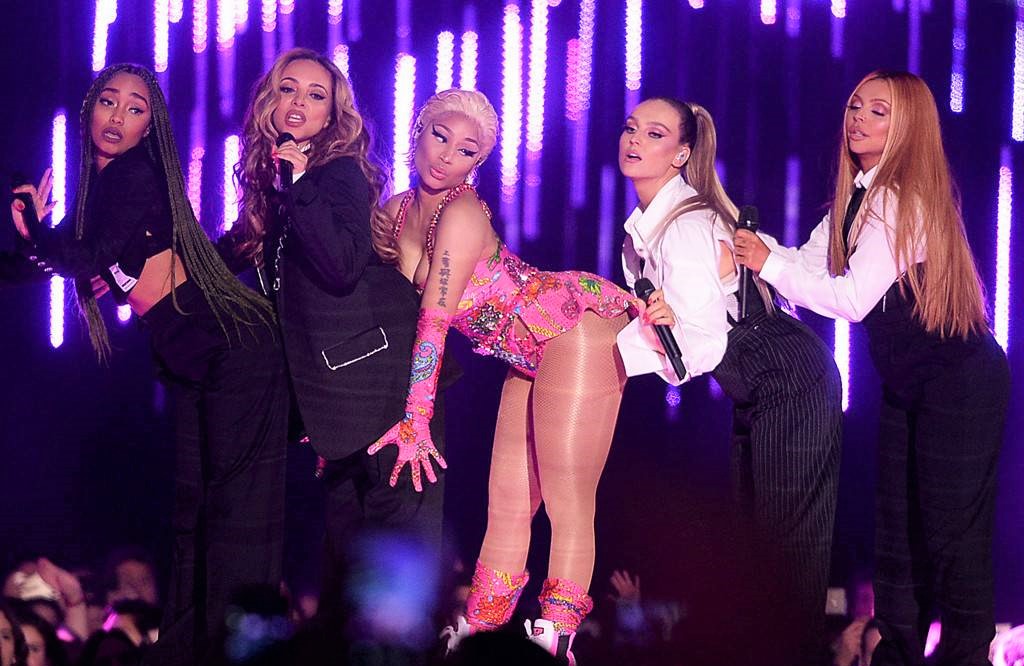 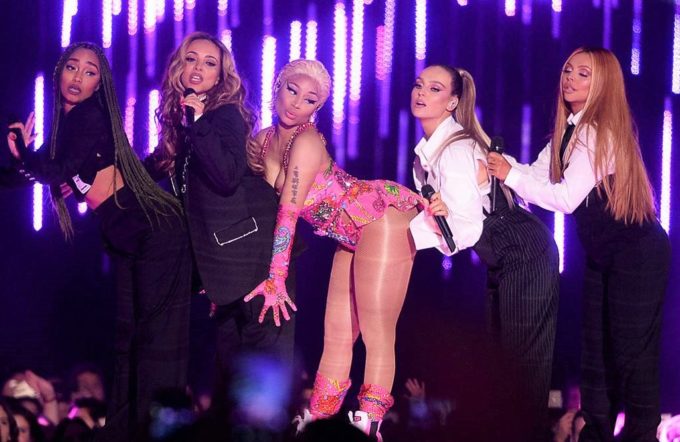 Nicki Minaj made her presence felt at the MTV EMAs on Sunday with a couple of live performances on the stage.

After performing her newest single ‘Good Form’ on an award stage for the first time, she was joined by Little Mix for their joint single ‘Woman Like Me‘. Wearing a pink patterned bodysuit, the queen showcased some sexy moves while dancing in between Anne Pinnock, Jade Thirlwall, Perrie Edwards and Jesy Nelson. “I just got to put my head on her bum,” Perrie said backstage about Nicki, joking that the experience was “Incredible. Life-changing. Heavenly.”

Nicki later took the stage again to perform her collaboration ‘Goodbye‘ with Jason Derulo and David Guetta. Watch it below. 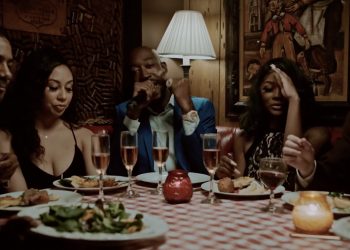