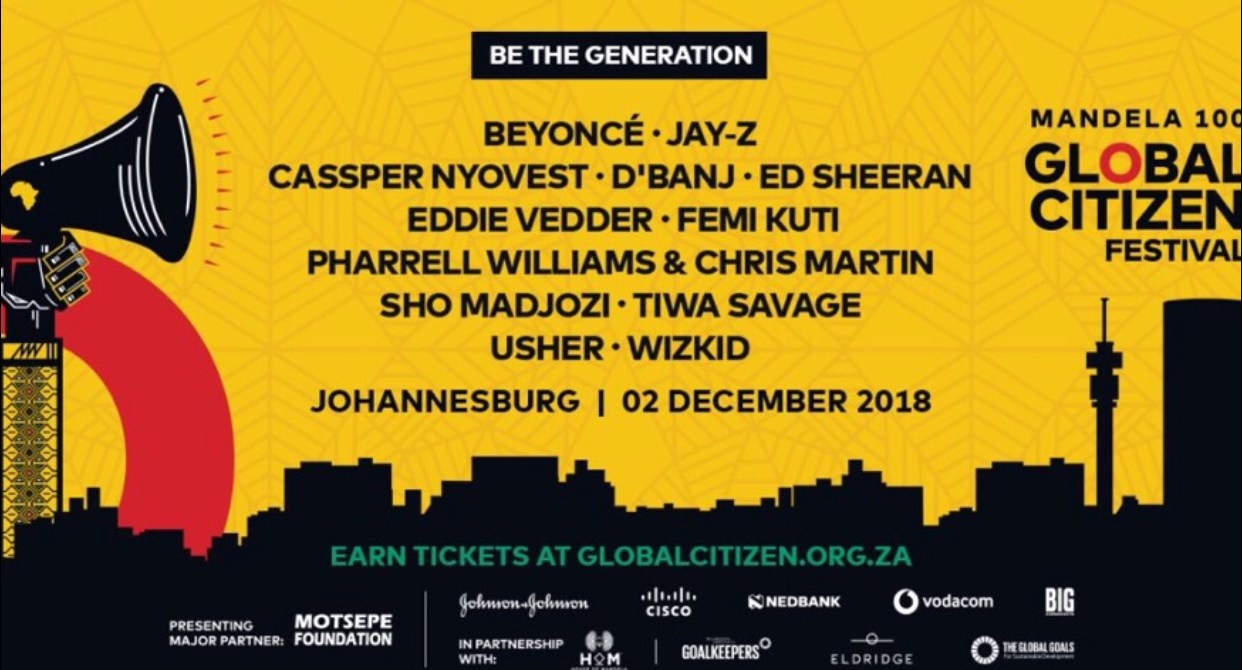 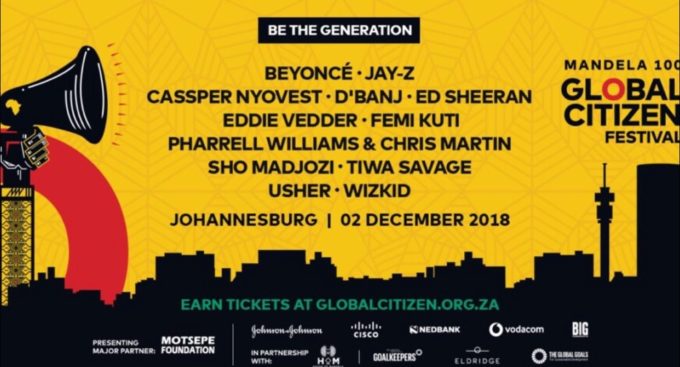 Jay-Z and Beyoncé are leading a star-studded lineup at the Global Citizen Festival at Johannesburg’s FNB Stadium on Sunday.

The event is a special one as it is being held to mark 100 years since former president Nelson Mandela’s birth and the campaign to eradicate poverty. This year’s event aims to raise R15-billion and the promise is that part of it will remain in South Africa. Ahead of the concert Oprah Winfrey, who is co-hosting the event, hailed Mandela’s “goodness and integrity”, describing him as her “favourite mentor”.

Apart from The Carters, Chris Martin, Ed Sheeran, Pharrell Williams and Usher are some of the other top performers. African artists such as D’Banj, Femi Kuti, Tiwa Savage and Wizkid will also be gracing the stage. For those not present at the venue, you can watch the live stream of the concert below.