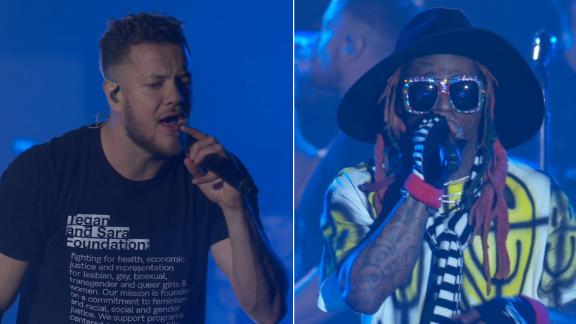 Rock band Imagine Dragons and Lil Wayne have collaborated in a big way.

The group behind ‘Natural’ and other chart-topping tracks, played the halftime show at Monday’s College Football Playoff National Championship game between Alabama and Clemson on Monday evening. The band performed couple of songs, including a new version of their single ‘Believer’, this time featuring a guest verse from Weezy. Stream the high energy tune below.

‘Believer’ was originally a single from Imagine Dragons’ third studio album, Evolve released in 2017. You can watch their halftime show courtesy ESPN below.