Rich The Kid recently tweeted that he is preparing to release a new album, the follow up to his debut album The World is Yours which came out in March of 2018.

In November, the rapper had announced that it will hit stores on January 18th but the campaign hasn’t been that strong till now so we’re unsure if that date will stick. Following the release of his new single ‘Splashin‘, the tracklisting to his project The World is Yours 2 has been teased by Migos today.

The album features guest appearances from Young Thug, Juice WRLD, Swae Lee, Offset, Big Sean, Gucci Mane, Takeoff, A Boogie Wit Da Hoodie and more. The post was quickly deleted but we have the image for you below. 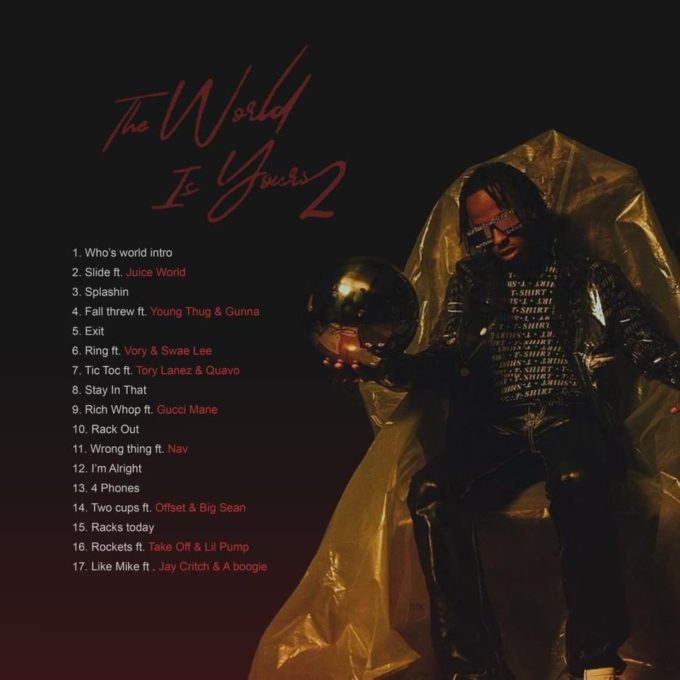