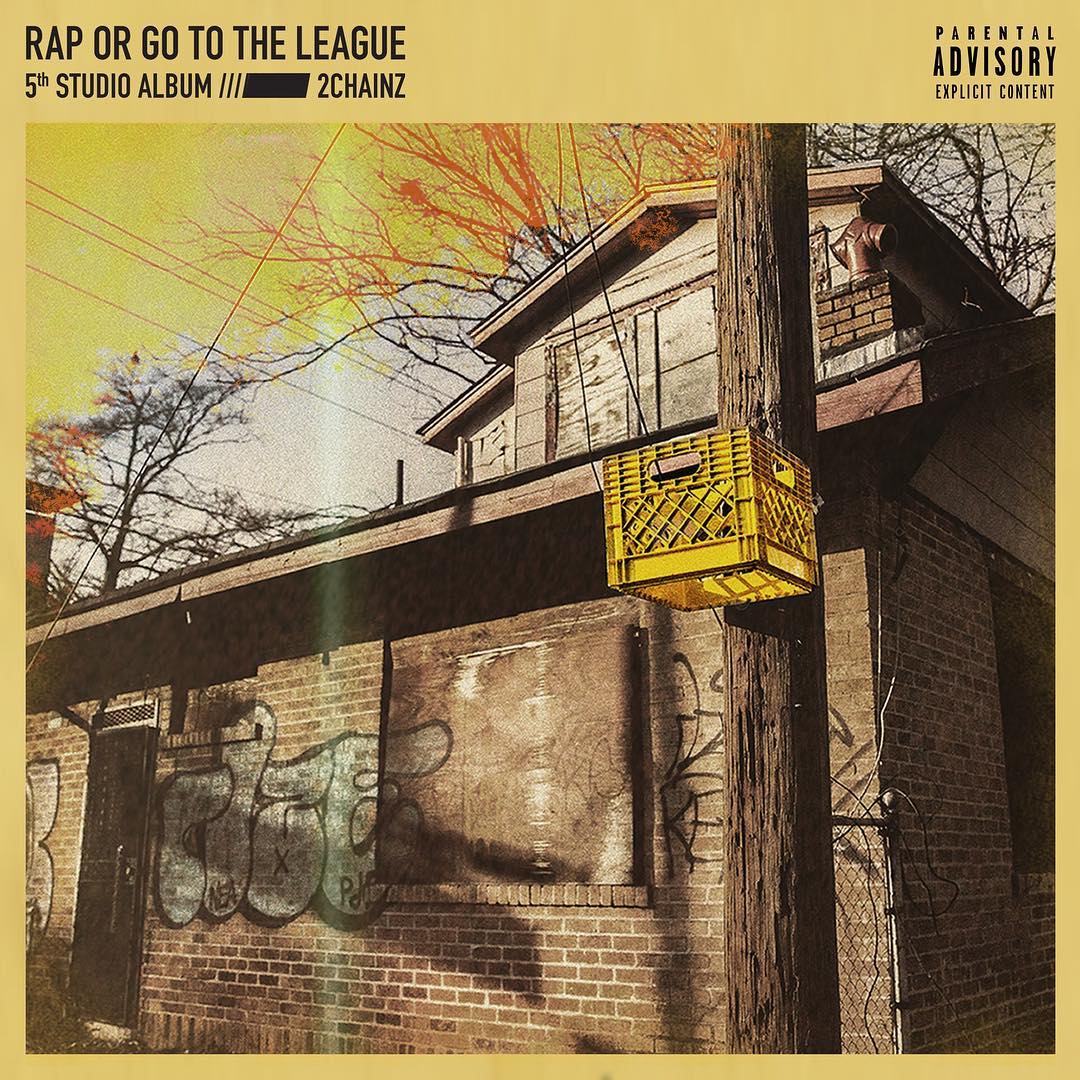 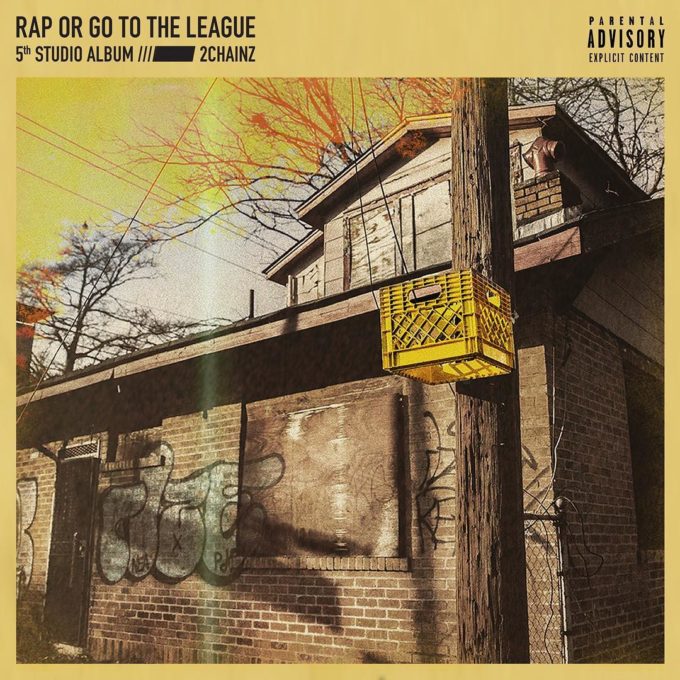 UPDATE: As promised, the full is out now everywhere. Stream it now!

We are just a few hours away from 2 Chainz’s fifth studio album Rap Or Go To The League, A&Rd by LeBron James, being released worldwide. Before it drops at midnight EST, Chainz has revealed the official track list for the LP. It’s the same one that leaked a couple of days ago via his official online store.

It is set to feature Kendrick Lamar, Chance The Rapper, Lil Wayne, Ariana Grande, Young Thug and more. Production on the album comes from the likes of Pharrell (‘Momma I Hit A Lick’), 9th Wonder, Hit-Boy, Cardiak, Mike Dean and more. Check it out in full below. 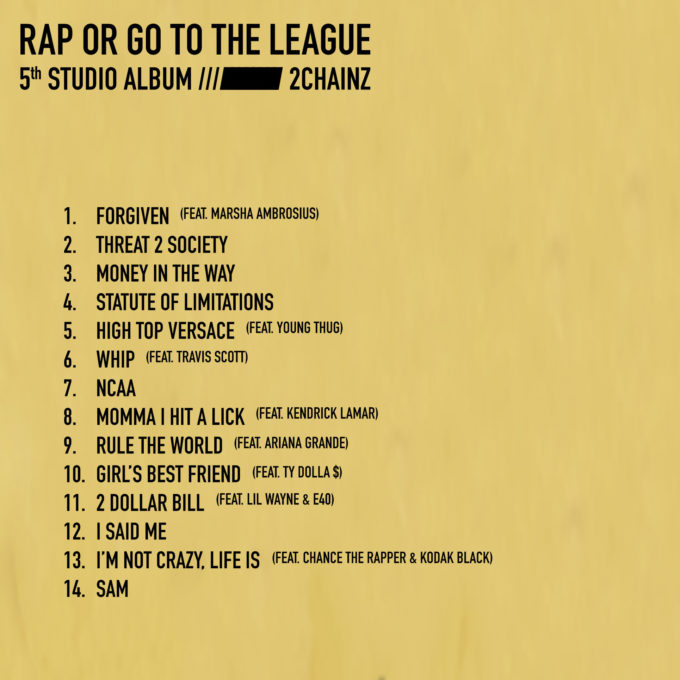