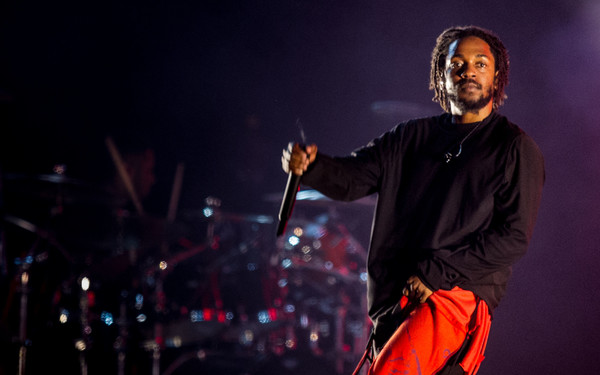 The music community is still in shock after the terrible news of Nipsey Hussle’s passing on Sunday evening.

The rapper was shot and killed yesterday at the age of 33 at Hyde Park neighborhood of Los Angeles, just south of Crenshaw outside of his clothing store, Marathon Clothing Company. Tributes have been pouring in from across the music world. Last night, Kendrick Lamar paid a tribute to the fallen soldier at his Lollapalooza Argentina show.

“Before we got on this stage, we got wind that our brother, our warrior, our soldier Nipsey Hussle passed away,” Kendrick said to a crowd before calling a moment of silence. “We love you Nipsey,” he shouted before resuming his set. The two California rappers were good friends, having also worked together on Nipsey’s GRAMMY nominated debut album Victory Lap.

Many other stars have shown love and paid tribute to the rapper on social media:

The night I was tellin @NipseyHussle when he talk that shit – I go to Stressin!!! – he be having me ready to catch a indictment “LoL” he laughed we had a blast – #iLoveUForver pic.twitter.com/bTg0R6Xfpg

I was so proud of my brother this night. We made a cheers for his progress , growth and more success 🙏🏽 I told him how fresh he looked and how he was changing the community’s in LA🙏🏽 We all took a loss yesterday :( We need answers ! Sending prayers to his family 🙏🏽💙💙💙💙💙💙💙💙💙💙💙💙 #nipseyhussle

What a sad day 😢. Rip to a real stand up guy! a great representation of positivity and change to the community. May the Lord give your family strength🙏🏼You cant kill love and you can’t kill respect😤. Stream and buy his music support the business and keep the music alive!