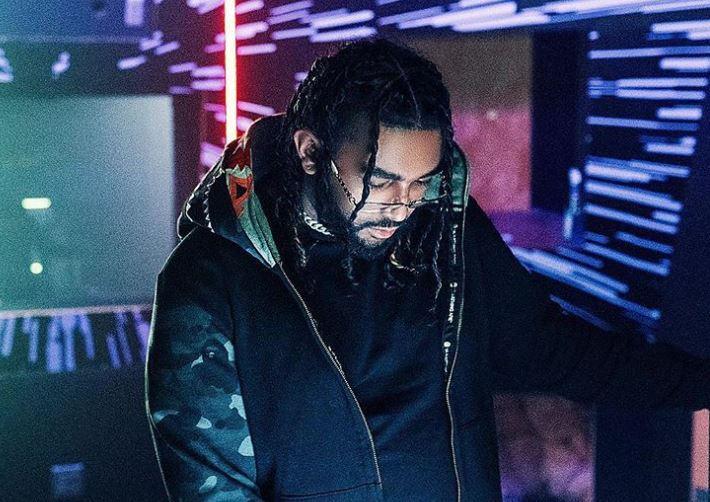 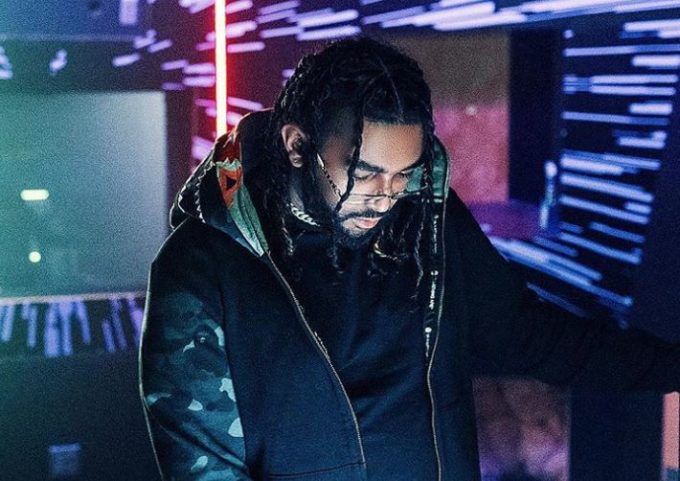 ChaseTheMoney is known for his famous producer tag but that’s not his only talent. Over the past couple of years, he has landed placements with some A listers of Hip-Hop including J. Cole (‘Off Deez‘ with J.I.D.) and Chance The Rapper (‘Are U Live‘ with Jeremih).

The producer has been working on his own project and it looks like he has some star collaborations in the stash. ChaseTheMoney took to his Instagram stories and showed fans a snap of a tentative tracklist for the upcoming project. One of the songs on the board that catches our immediate attention is ‘God Flinch’ which features Drake, J. Cole and Atlanta rapper Young Nudy.

Cole and Nudy were in the studio together for the ROTD 3 sessions so it’s possible that they later involved Drizzy for the track too. Some of the other notable names on the tracklist include Billie Elish, Young Thug, NBA YoungBoy, Juice WRLD, ASAP Ferg, Quavo, and more. 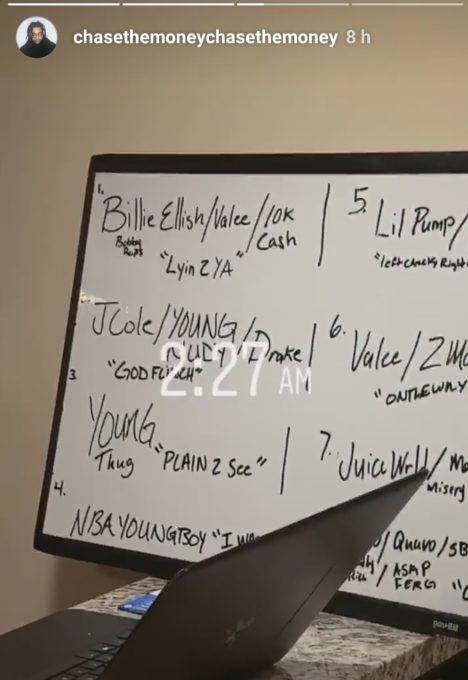 The story has since been deleted by ChaseTheMoney but Reddit users were able to grab a screenshot. Check it out above. The lineup looks solid — our only hope is that the St. Louis producer wasn’t trolling with this.