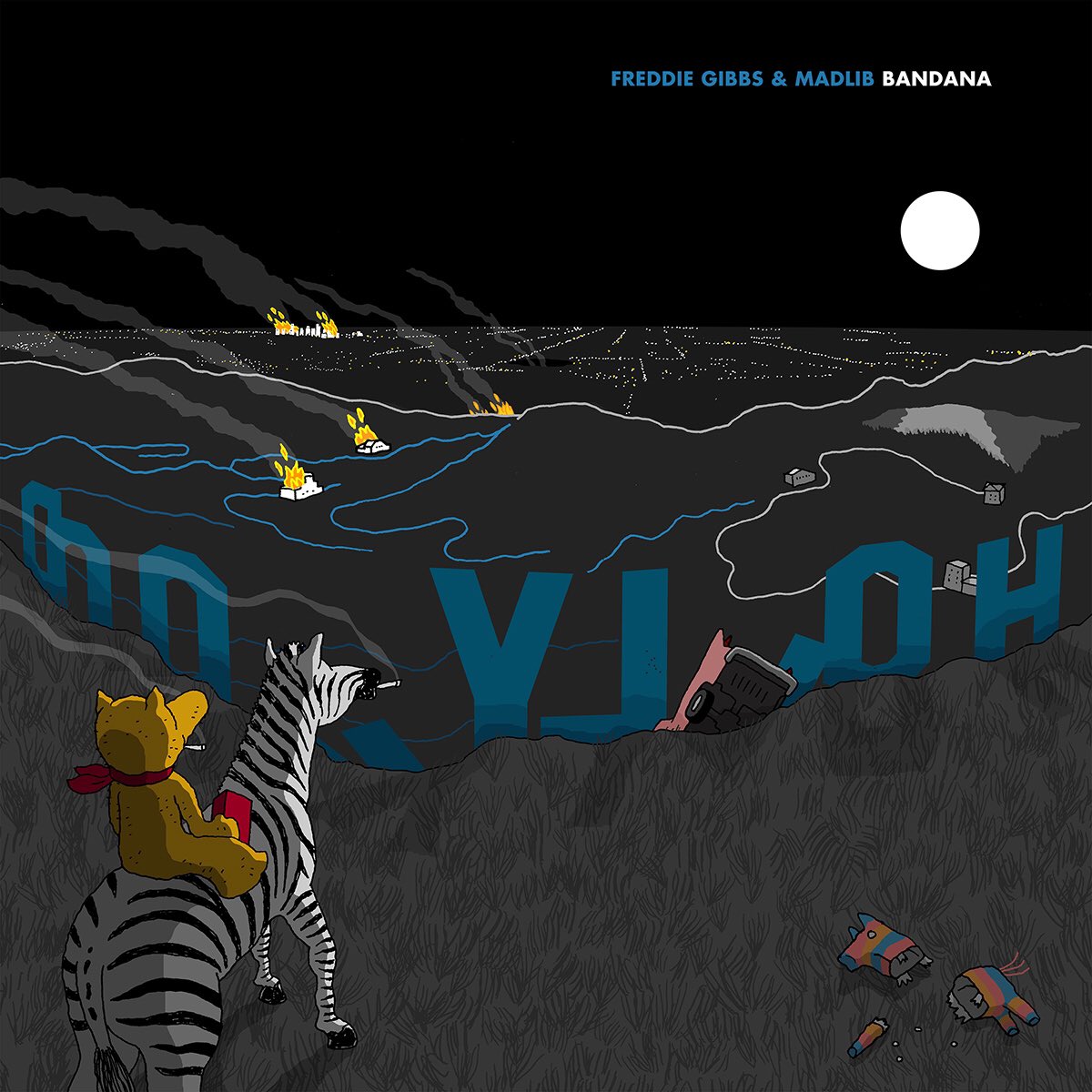 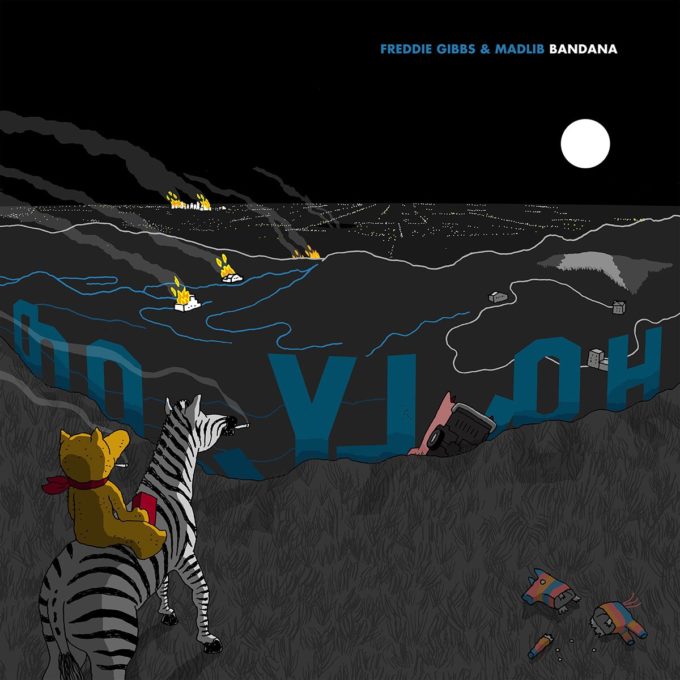 UPDATE (May 30): We now have the official release date — June 28th. The vinyl can now be pre-ordered at Rappcats where you can grab an exclusive bonus LP version of the album. The additional LP will be treated like Madlib’s “Director’s Cut” version of Bandana that will remain exclusive to their store.

Freddie Gibbs and Madlib’s second album Bandana has been in the works for years now and after months of saying it’s coming soon, it looks like the follow up to Pinata will finally be sometime next month. Then we have the trilogy LP Montana to look forward to, hopefully sooner than later.

This afternoon, Madlib has taken to social media to unveil the official artwork for this album. It’s animated and sees Hollywood destroyed. It gives off a real vintage feel. The album is set to feature Pusha T, Black Thought and more.