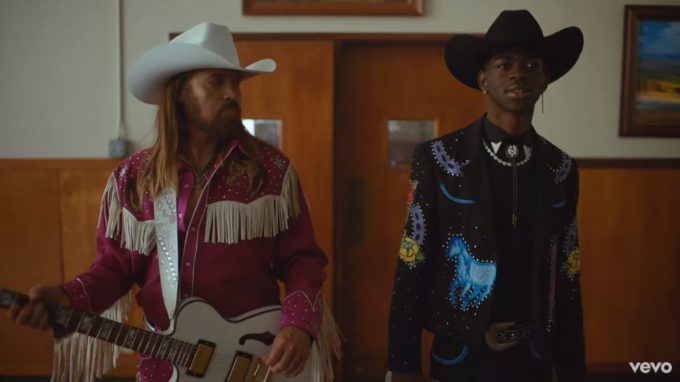 Lil Nas X’s ‘Old Town Road’ was already getting big but since the artist put Billy Ray Cyrus on the remix it’ss been out of here, even breaking Drake’s single-week streaming record.

This afternoon, the pair have put out the music video for the song which is sure to extend its relevance. It features cameo from Chris Rock, Haha Davis, Jozzy, Rico Nasty, Diplo, Young Kio and Vince Staples. Watch it below and look out for an EP from Lil Nas X in the near future.