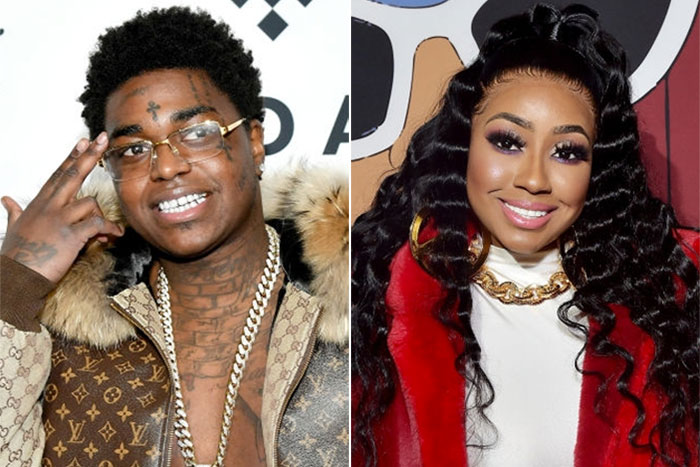 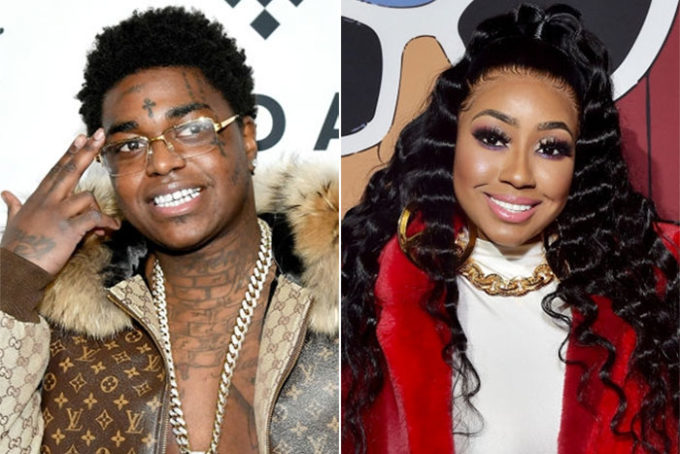 Kodak Black can’t seem to be remain out of trouble. The rapper is currently locked up in jail after prosecutors connected a gun owned by him to a shooting in Pompano Beach, Florida. He was recently denied bail by a judge after being deemed dangerous to the community.

Now in a new freestyle released from behind bars, Kodak threatens violence towards Yung Miami of City Girls who recently announced her pregnancy with 808 Mafia’s Southside. Kodak calls a friend from prison and raps in the freestyle that he wants to hit Yung Miami in the stomach for getting pregnant after he got her a ring. Kodak and Yung Miami appeared together in the former’s ‘Christmas in Miami’ video where the rapper was seen proposing to her.

“And I bought Yung Miami a ring she wanted 808’s baby / When I see her I’ma hit that b*ch in her stomach / The way I keep this sh*t too real I’m f*ckin’ up my money,” he raps without a beat. Listen below.

#PressPlay: #KodakBlack spit a few bars over the phone as he continues to serve his time in jail!! (SWIPE) 👀

Southside heard the verse and of course fired back at him on his Instagram stories. “Somebody tell Kodak ‘suck a d*ck,'” he said. “How about that. And get up out of jail first, p*ssy.”

Kodak shared the story on his Instagram and wrote, “I ripped dat bih ainna ?!! @808mafiaboss Put a beat to it.” 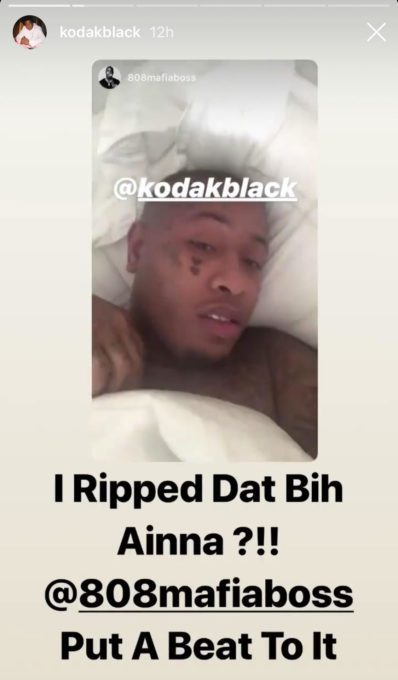