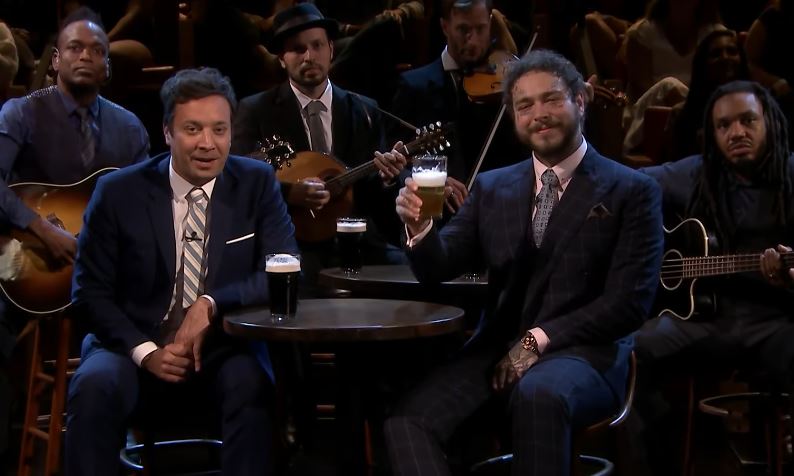 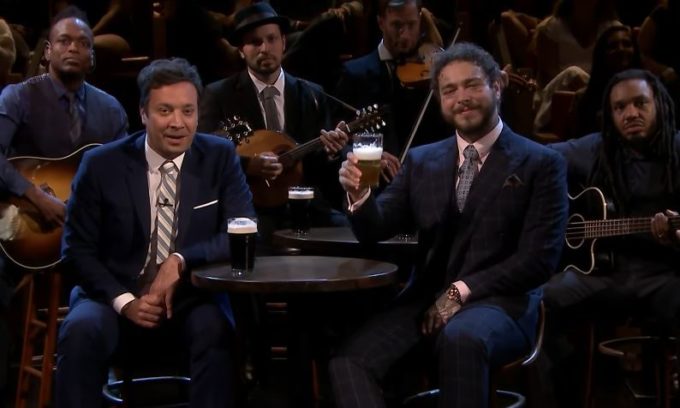 Post Malone is on the promo run for his highly anticipated third album which is releasing in September. He has not announced the title of it yet.

On Tuesday night, the hitmaker stopped by The Tonight Show starring Jimmy Fallon to speak on his love for Bud Light beer and partnering with them for the intimate Dive Bar concert series. On Monday night, he debuted his upcoming single ‘Circles‘ for the crowd at the NYC show. Posty also talked about his album making process and making his mother proud. Fallon then played a tiny snippet of ‘Circles’. Watch the interview below.

Later, they played a game of Beer Pong: