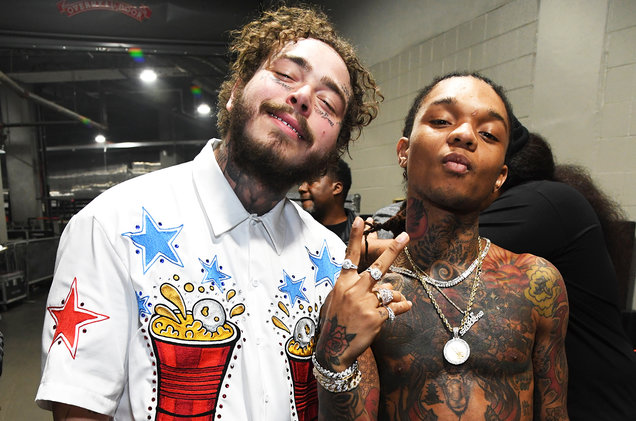 Post Malone and Swae Lee hit bull’s eye with their collaboration ‘Sunflower’ released late last year which ended up becoming one of the biggest hits of 2019.

While ‘Sunflower‘ spent a whopping 33 weeks inside the top 10 of Billboard Hot 100 and is already certified 8x platinum by the RIAA, the hit making duo have teamed up for another collaboration called ‘Socialite’. The song is almost as melodic as their previous effort but the content is very different. “B*tch, I’m no socialite, but I have a social life / I’m not just anybody, all jokes aside,” croons Swae Lee on the chorus.

The song surfaced online in full earlier today (Nov. 17) but it’s unclear whether it will ever be released officially as part of Posty or Swae’s upcoming albums.

The duo is still on tour together, ending their run with two back-to-back shows at the Forum in L.A. on Nov. 20-21. Swae Lee recently revealed that he’s pushed back his solo debut album to 2020.