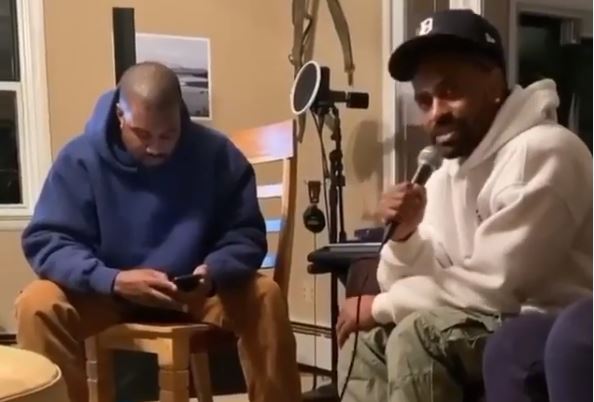 Big Sean launched a couple of songs this year which didn’t end up performing well commercially so looks like he’s gone back to the studio to re-work his material a little bit as he prepares to drop a new album.

A major portion of that re-work seems like it involves his G.O.O.D. Music boss, Kanye West. Earlier on Wednesday, Def Jam A&R Bu shared a video clip of Sean rapping over an instrumental in the studio while ‘Ye was vibing to it and being on his phone at the same time. The beat that’s being played in the video is produced by none other than Hit-Boy. “Sean and Ye back on a Hit-Boy beat for the 2020?” he asked in his caption.

Sean was in Cody, Wyoming with Kanye a few days ago as well so we can definitely expect some collaborations between them in the near future. Last week, Sean assisted his girl Jhene Aiko on her new single ‘None of Your Concern‘.