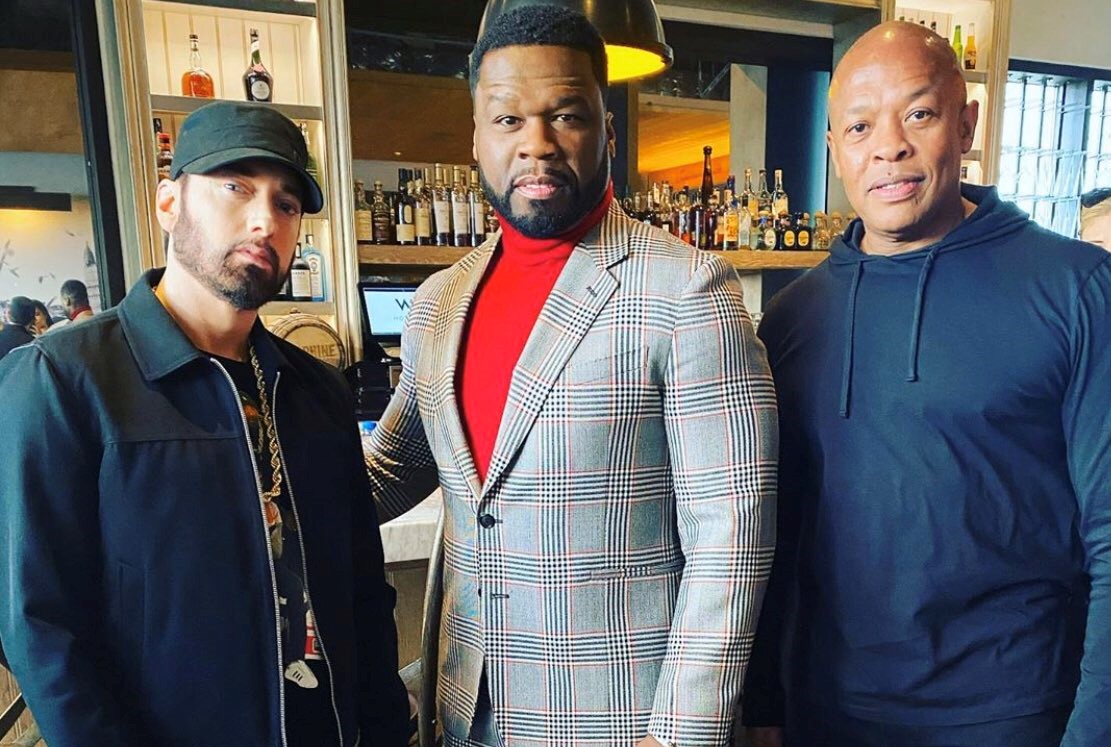 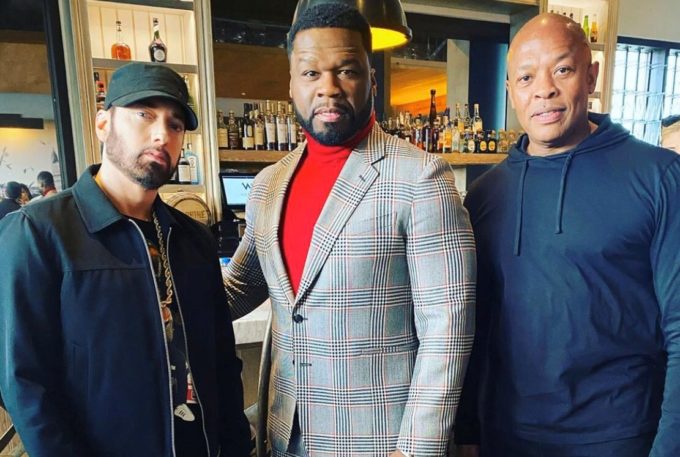 50 Cent is the latest person to receive his own Hollywood Walk of Fame star. The ceremony for the prestigious award took place in Hollywood on Thursday with surprise appearances from longtime mentors Dr. Dre and Eminem.

Em and Dre’s appearances at the event was unannounced and took the audience by surprise. This is the first time in several years that the three former label mates, who wrecked havoc in the music world in early 2000s, got together at an event. The ceremony comes 10 days before the finale of the Starz crime drama POWER that he produces and appears in as “Kanan.” 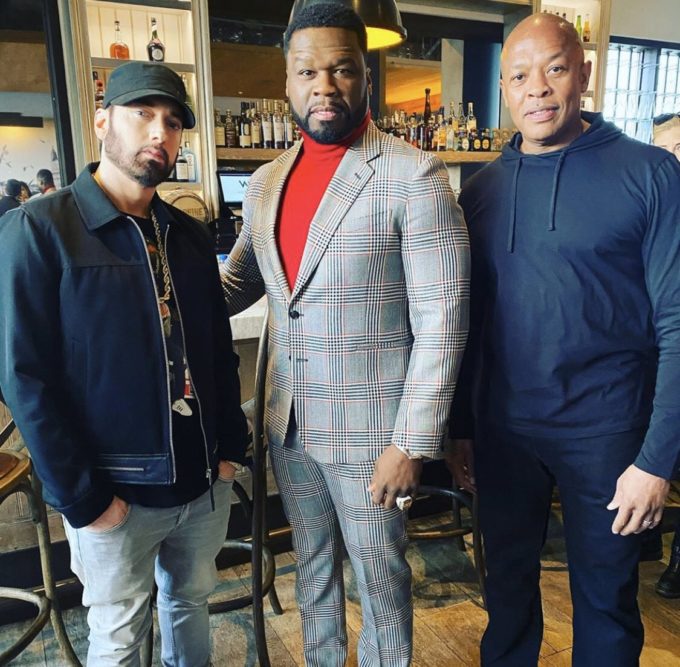 Eminem was one of the guests who spoke at the ceremony, describing 50 as a “relentless” person who has been a great friend through all of his ups and downs. “I would say that it’s much more fun to be his friend than to be his enemy.” the “Music to Be Murdered By” spitter joked. You can watch a clip above. 50 also took the stage for his speech, where he got emotional while receiving the honor. “This feels really important to me because of the people here (referring to Dre and Em).”

Later, both Eminem and Dr. Dre posed for photos with the latest Hollywood Walk of Fame recipient. 50 Cent is the executive producer of “For Life,” a legal and family drama premiering on ABC Feb. 11.

@50cent was quite emotional during his speech at the Walk of Fame ceremony. “This feels really important because of the people here (referring to Dre and Em)” 🙌🏽 Link in bio for full report.