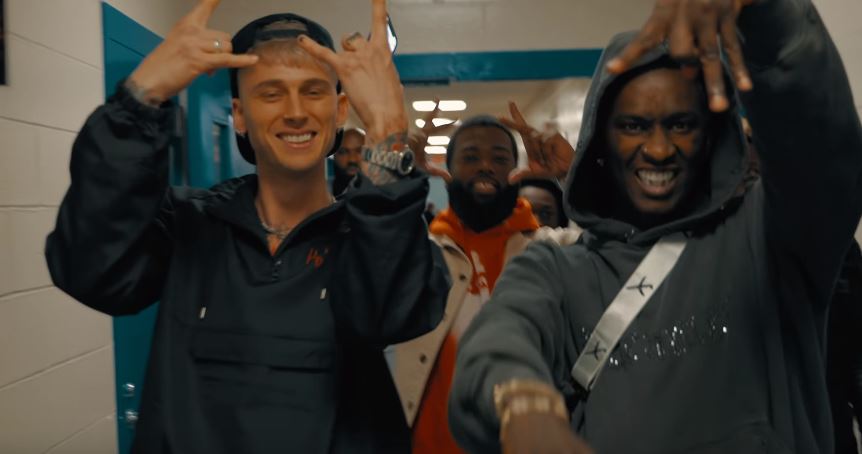 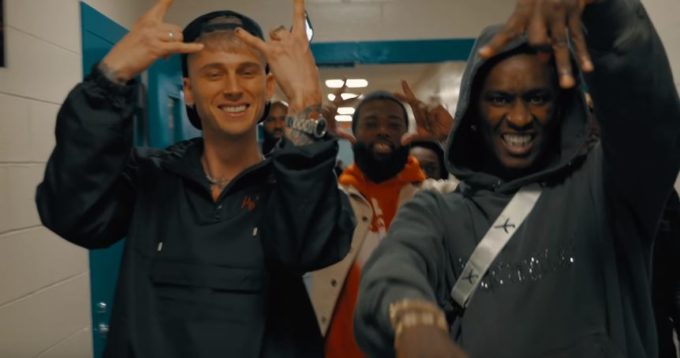 It made news because of the following lyrics which are being seen as a shot at Eminem:

“Look, I got a bullet with somebody’s name on it/I get up on ‘em, I don’t need no aim on it/Killed me a G.O.A.T. so my jacket got stains on it/Wipin’ my nose like I got some cocaine on it/Pulled out his coffin and ate me a plate on it/Called up his b****, showed my d***, let her lay on it.”

Shot or not, MGK has released the official video today which is mostly made of their recent tour footage. Take a look below. The rapper is also set to soon release a Rock album called Tickets To My Downfall. The first single’Why Are You Here’ and the video are already out.