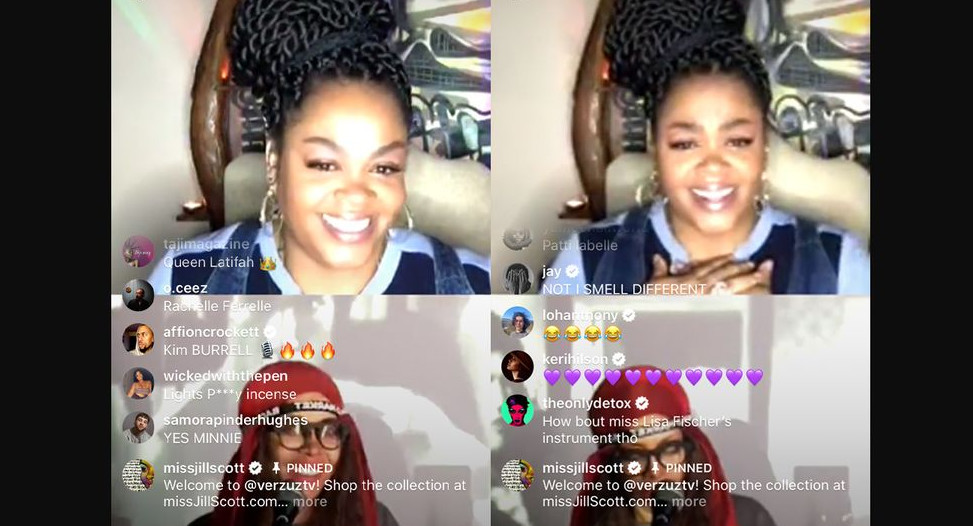 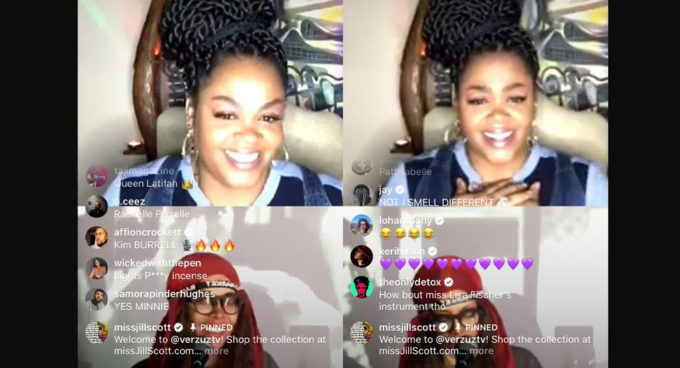 The Jill Scott and Erykah Badu battle on Instagram Live on Saturday was a part of the VERZUZ series as curated by Swizz Beatz and Timbaland. Following Hit-Boy vs. Boi-1da, Ne-Yo vs. Johnta Austin, RZA vs. DJ Premier, T-Pain vs. Lil Jon and others, this was the first time that two ladies went head to head with their hits.

As expected, the battle attracted tons of views, garnering more than 720k live viewers at its highest peak. The two iconic artists of Neo-Soul played not only their hits but some of the songs have they have penned. The stream was an instant hit among fans and many couldn’t decide who they thought won it.

The session became more of a vibing party rather than a “battle” and had plenty of big names tuning in. Michelle Obama was one of them, leaving comments on the stream, requesting Badu’s hit ‘Green Eyes‘ and inviting her husband, Barack Obama to join the Live stream.

If you missed the stream, you’re in luck as you can watch the entire replay of the battle via YouTube below. Shortly after the conclusion of this battle, Swizz Beatz and Timbaland announced that next week we will see Ludacris and Nelly as the next match in the VERZUZ series.