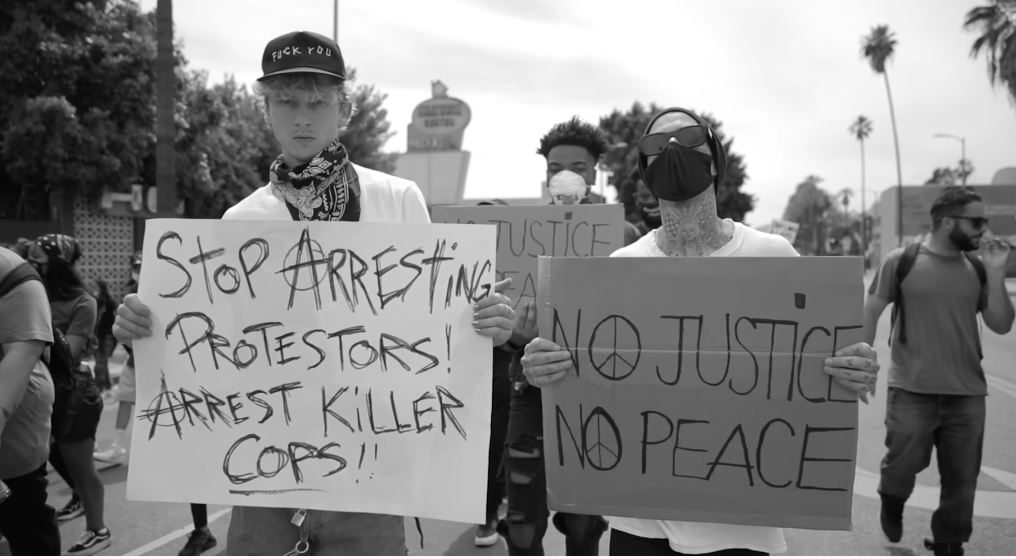 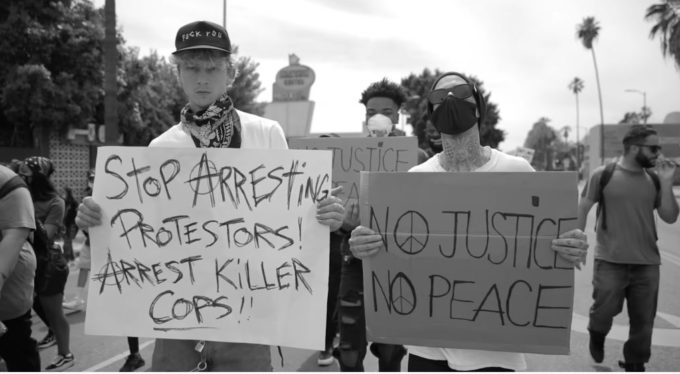 Machine Gun Kelly is one white artist who is always ready to stand for issues like racism and equality. So it’s no surprise that he’s been very active with the protests in L.A. which have erupted as a result of killing of Geroge Floyd on the hands of the Police.

Today, the rapper has shared a cover of Rage Against The Machine’s song ‘Killing In The Name’ along with a music video where his good friend Travis Barker does the drumming duties. Fellow artist Yungblud also makes an appearance in the clip which captures some of the footage from the protests which MGK personally took part in.

“They wrote this song in 1992, it’s been 28 years since, and every word still applies,” MGK says in the description of the YouTube upload. The video ends with the message, “End Systematic Racism.” Watch it below. ‘Killing in The Name‘ was released by Rage Against The Machine in 1992 as a protest song against institutional racism and police brutality