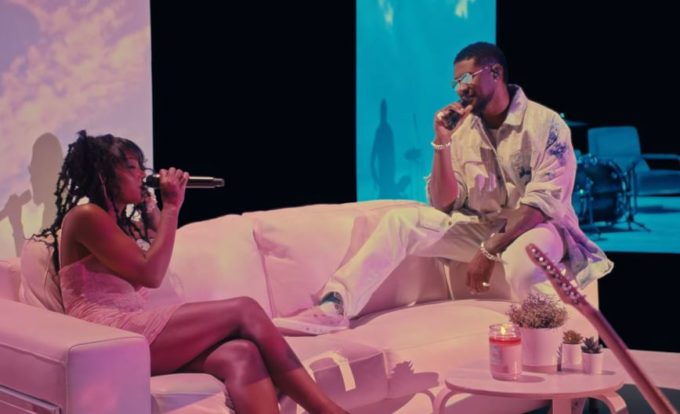 Summer Walker and Usher delivered one of the best performances of the night at the 2020 BET Awards.

The two had collaborated on the song ‘Come Thru‘ last year which sampled Usher’s 1997 song ‘You Make Me Wanna’. It appeared on Summer’s successful debut album Over It. Summer first kicked off her set sitting barefoot in a pink dress and belting out her song ‘Session 32’ while rocking the guitar. The R&B legend then joined her from another blue-themed room to deliver their popular duet.