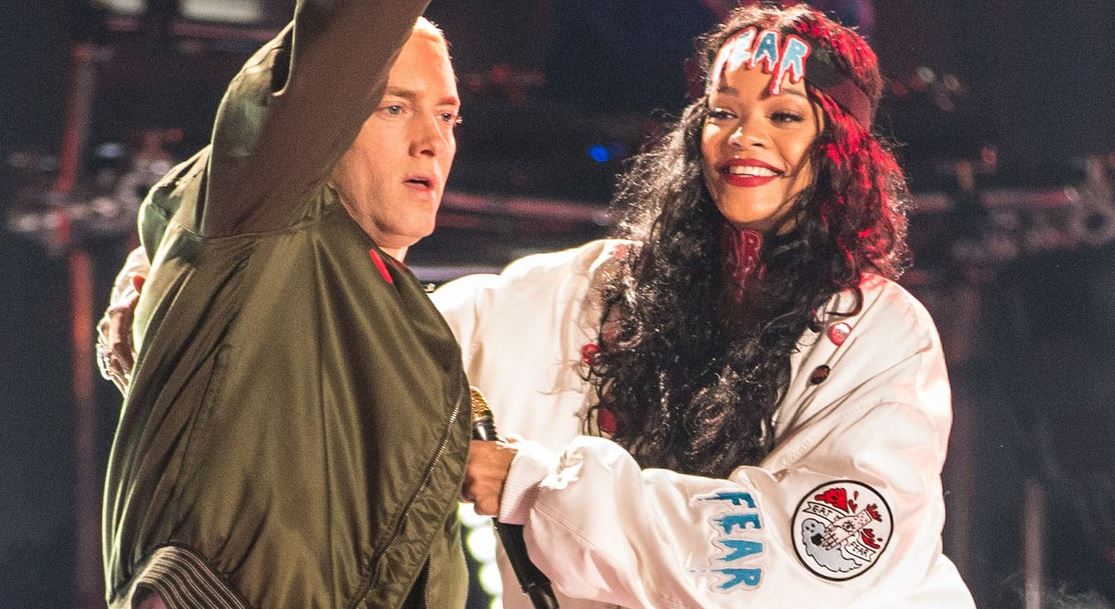 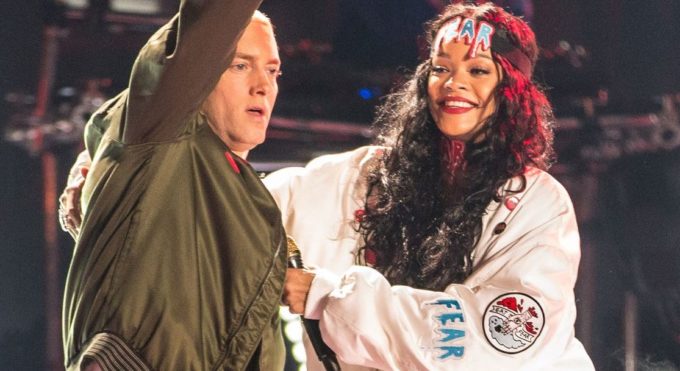 Could a new Eminem and Rihanna collaboration be on the way?

Fans certainly think it’s a good possibility after Burn It Down Group, the company that handles marketing business for Shady Records, teased something on their Instagram stories earlier on Sunday. They shared a photo of Eminem’s trademark backward “E” logo interweaving with Rihanna’s “R” branding from her Rated R era. They also added two side-eye emojis.

Eminem’s marketing group has posted this on Instagram stories. Do you think a new Eminem and a Rihanna collaboration is on the way? pic.twitter.com/3rKf2uH4kj

It’s not clear what kind of a collaboration they are hinting but there’s only a little possibility that they are trolling. Burn It Down Group were actually the first ones who hinted at a new Eminem album back in November, 2019 before the superstar rapper went on to release Music To Be Murdered By two months later. “Just know this Eminem season is upon us. Don’t f*cking sleep. Trust us I know y’all can read between the lines, We coming,” they had written on their Instagram stories.

As far as music in concerned, the two friends have collaborated multiple times in the past: ‘Love The Way You Lie‘ and its sequel ‘Love The Way You Lie (Part 2)‘, then ‘Numb‘ which was featured on Rihanna’s album Unapologetic and of course the GRAMMY winning smash ‘The Monster‘ that appeared on Eminem’s album The Marshall Mathers LP 2.

The two even went on a co-headlining concert tour The Monster in 2014, one of the highest earning tours of the year.

Last year, there was a bit of controversy after a demo from Eminem leaked which featured lyrics about him siding with Chris Brown regarding the subject of the assault case. “I’m not playing, Rihanna, where’d you get the VD at?… Let me add my two cents / Of course I side with Chris Brown / I’d beat a bi**h down too / If she gave my di*k an itch now, he had rapped.

A spokesperson for Eminem, Dennis Dennehy, later told Billboard that the leaked song was scrapped and rewritten before its release. “This is a leak of something that’s over 10 years old. After Eminem recorded it, he scrapped it, and rewrote it. Obviously he and Rihanna have a great relationship.”