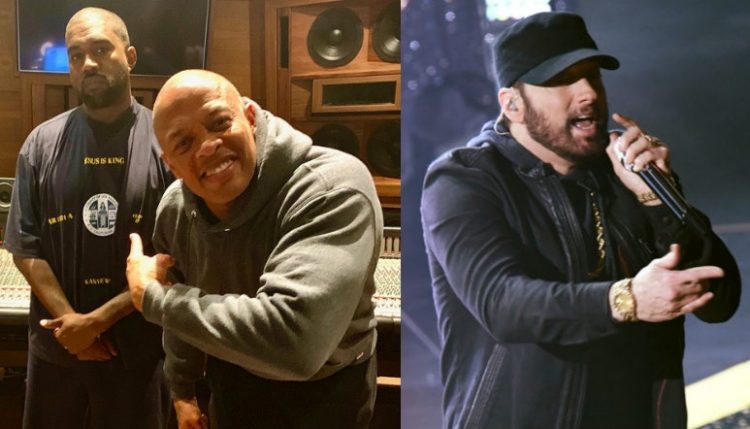 Kanye West has been using Twitter heavily for the past few days, calling for Universal to free him from his contract and calling for all artists to own their own masters. He even said that he wouldn’t release any music until he was out of his contract, which he tweeted in full the other day. Even though we might not hear it anytime soon, he has announced a big song he has in the vault.

Ye revealed that there is a Dr. Dre remix of his song ‘Use This Gospel’ which appeared on Jesus Is King. He also says that Eminem laid a verse on it. Kanye said he was honoured to have Em on the song. This marks the first time they’ve been on the same song since Drake’s ‘Forever’.