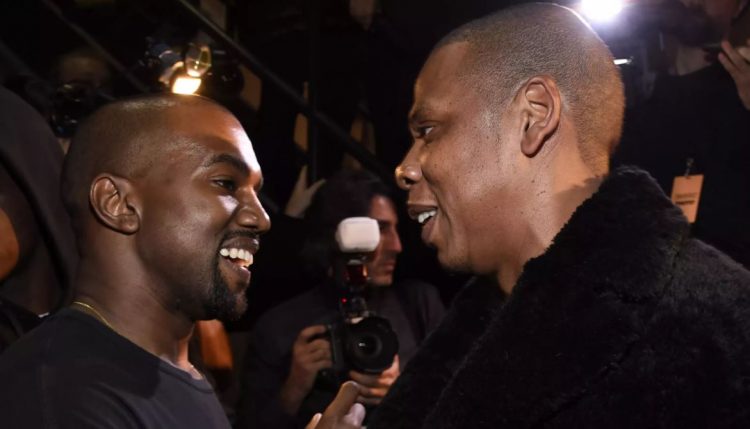 When one of the biggest artists in the world starts to talk about their contract with major labels, it is bound to create a big conversation across the board.

Yesterday, Kanye West unveiled his almost entire contract with Universal music, Def Jam Records and Roc-A-Fella Records. Agreements are very detailed with multiple amendments and it has been a challenge for even attorneys to properly decipher the terms laid in them. However, one thing is clear that the bargain ‘Ye received from his labels certainly wasn’t a bad one.

One report that got circulated widely on social media was that Jay-Z sold Kanye’s masters only so he could buy back his own. Hov and his business partners had sold off 50% share in Roc-A-Fella Records to Def Jam. In 2005, Jay-Z was named CEO of Def Jam in a deal that allowed him to continue to run Roc-A-Fella. Since Kanye was signed to Def Jam, his masters fell under the deal and landed with the label.

Kanye contracts SUMMARY: Apart from the inducement which Kanye had to sign to get his advances. This shows that Jay Z sold the masters to first 6 @kanyewest’s albums just so he could get his own back. He did so knowing Def Jam won’t sell them back to Kanye in future. That’s BEEF! pic.twitter.com/HFYEx0Lv8u

But Kanye is denying the report that Hov sold off his masters behind his back or for his own gain. “Don’t let the system pit us against each other … JAY IS MY BROTHER … I have eternal love for all artist that have been through and are still trapped this crooked system,” Kanye tweeted on Friday morning.

Don’t let the system pit us against each other … JAY IS MY BROTHER … I have eternal love for all artist that have been through and are still trapped this crooked system. Jay still doesn’t get his own masters back for ten years. I will see to it that we all get our masters pic.twitter.com/LshyaIVO1Y

He also stated that Jay-Z’s masters also don’t revert back to him for another 10 years. “Jay still doesn’t get his own masters back for ten years. I will see to it that we all get our masters,” he continued.

Interestingly, if you read the contracts carefully, it seems that in 2014, he made a “P&D deal” (pressing and distribution) whereby a label (Universal in this case) manufactures and distributes music for which the masters are owned by another party. Experts feel that it probably means that Kanye already owns some of his masters.

In related news, Kanye also tweeted and deleted this a little while ago.