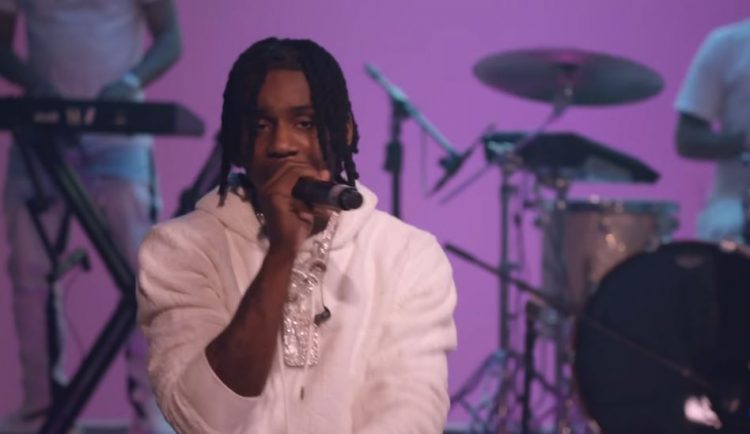 One of the surprise album hits this year has been Polo G’s The GOAT which came out back in May. The 16-track album featured some well known names like Juice WRLD, Lil Baby, BJ The Chicago Kid, NLE Choppa, Stunna 4 Vegas and Mustard.

One of the standout songs on the album is ‘Martin & Gina’ which also serves as the latest single off the album. Last night, he made his (virtual) television debut with The Tonight Show starring Jimmy Fallon where he performed the track backed by a live band. Watch it below.

The Chicago rapper had dropped the music video for the song last month, inspired by the classic sitcom of the 1990s where Polo plays “Martin” while comedian and influencer Pretty Vee stars as “Gina.”