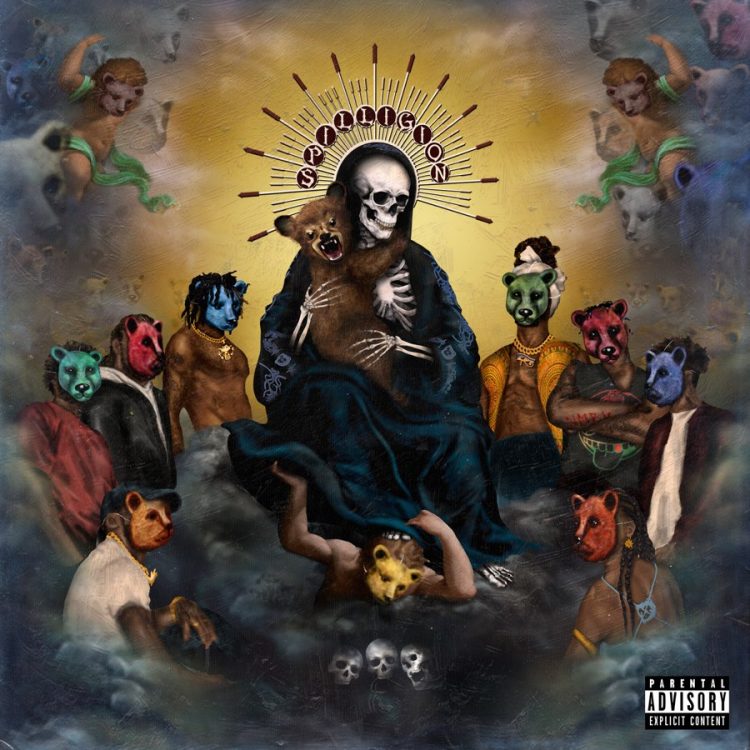 Supergroup Spillage Village dropped a couple of singles to build hype for the new album Spilligion in the last few weeks.

Today, the eclectic crew made of J.I.D, EarthGang, 6lack, Mereba, Jurdan Bryant, Hollywood JB and Benji have shared their full album containing 12 song in total. The project was made mostly during quarantine when most members did not have anything much to do. The album was first conceptualized when J.I.D rented a house in Atlanta to record his third album.

“We always did that communal thing,” he says of Spillage Village and the making the project to Rollingstone. “In this case, I was like, ‘We might as well do it since nobody’s doing anything.’” it was a similar concept to how the members along with other collaborators joined forces in Atlanta to create Dreamville’s highly acclaimed compilation Revenge of The Dreamers III.

“We tried a lot of experimental shit in the midst of being rapping-ass n—-s, because we just love music,” WowGr8 of Earthgang says. “Whenever we found something that was more genre-bending and it worked out and sounded fire, that was always a big moment.”

The album features guests such as Chance The Rapper, Buddy, 6LACK, Ant Clemons and more. Stream it below.