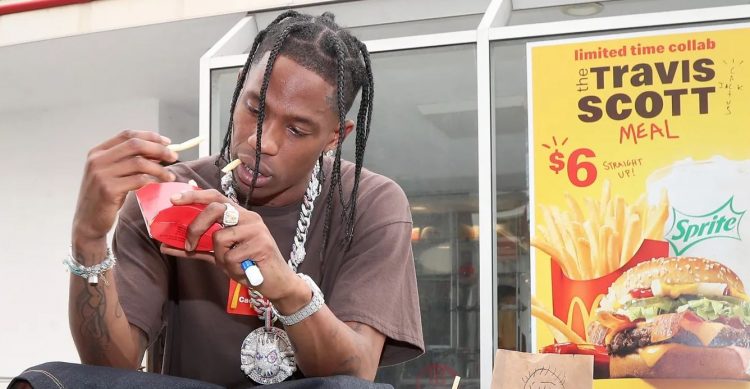 Travis Scott’s collab meal with McDonald’s has been very successful as seen from social media. So much so that restaurants in multiple markets in America have run into shortages in regards to supplies.

In a new report, it has been revealed that some restaurants are running short on key ingredients including Quarter Pounder beef, bacon, slivered onions and shredded lettuce. This was mentioned in a McDonald’s memo obtained by USA TODAY on Tuesday.

The $6 Travis Scott meal, which features a Quarter Pounder with Cheese, bacon and lettuce, a medium order of fries with BBQ sauce and a Sprite, was scheduled to be available through Oct. 4. That date will remain but there’s now a change — starting Sept. 22 the meal will have to be ordered through the McDonald’s app.

“In fact, it’s been so lit, some of our restaurants have temporarily sold out of some of the ingredients in the meal,” the chain said in a statement. “We’re working closely with our suppliers, distributors and franchisees to resupply impacted restaurants as quickly as possible.”

McDonald’s also said in its statement that it has “more surprises from Cactus Jack coming soon.”

In related news, Travis Scott is being fined after a crowd of over 500 people queued up at a McDonald’s to try his new meal because he and the fast-food giant had not secured a permit. He also allegedly failed to get a permit to film. Both citations come with $100 fines, reports TMZ.