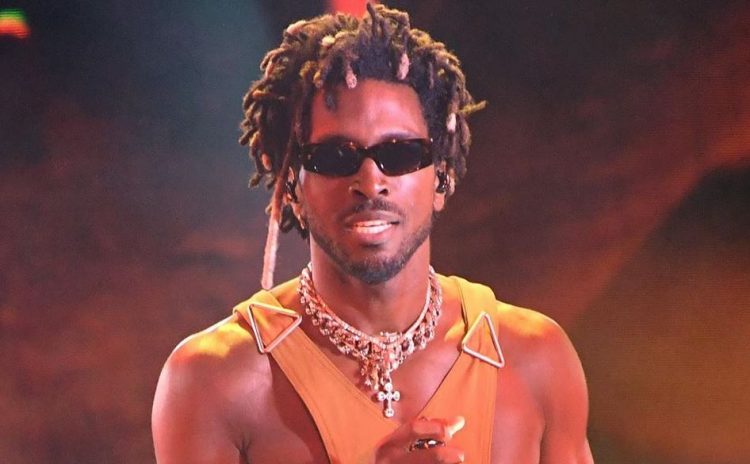 UPDATE (Oct. 26): SAINt JHN stopped by the Ellen Show to perform his songs, ‘Roses’ and ‘Sucks to be You’. There, he also revealed the artwork for his album While the World Was Burning and announced that it will be out Nov. 20th.

SAINt JHN has had a pretty big 2020, thanks to his worldwide hit ‘Roses‘ which has encouraged him to keep going.

A couple of weeks ago, the rapper-singer from Brooklyn announced his upcoming album called While the World Was Burning. Today, he took to social media to reveal the guest features that we can expect on the project. The list is pretty impressive — Kanye West, Lil Uzi Vert, DaBaby, Future, 6LACK, Kehlani, A Boogie wit da Hoodie and JID.

While The World Was Burning. My 3rd Collection ✝️✝️✝️

“Thank you to all the people that contributed their art,” he said in the note accompanying the list, also adding a message to the haters. Check it out above.

Last Friday, he dropped his new single and music video ‘Gorgeous’ — watch it below. He also shared his thoughts on the album on Apple Music in an interview last week, saying: “To be honest, I had no intention on making this collection. I had no intention on making this record. In 2020, when the world went up in flames, I took note, I paused, I internalized things, and I let my knees rest for the first time. I’ve been on the road for three years. It was the first time I got a chance to take stock of things. I’ve been moving at warp speed for a considerable amount of time before people were even watching.”