Thursday nights are exciting for music fans as when midnight strikes, their favorite artists drop new music across the board.

But TikTok is looking to give fans an opportunity to hear new music ahead of midnight as part of their new “Watermarked” series. The platform is partnering with artists to debut new music for fans directly within the app, it was announced today (Oct. 20). Every Thursday at 11:30 p.m. ET, an artist will host “Watermarked” on TikTok LIVE to give users an exclusive first listen to a new album before it hits streaming services at midnight, reports Billboard.

Within that session, the artist will take listeners through the album’s key tracks and answer questions from fans in the comments. “Watermarked” kicks off this coming Thursday, Oct. 22 with country star Luke Combs, who will offer an exclusive first listen to the new deluxe edition of his Billboard 200 chart-topping album, What You See Ain’t Always What You Get.

Next week on October 29, Trippie Redd will get fans and exclusive listen of his new album Pegasus. See the flyer feat. Luke Combs below. 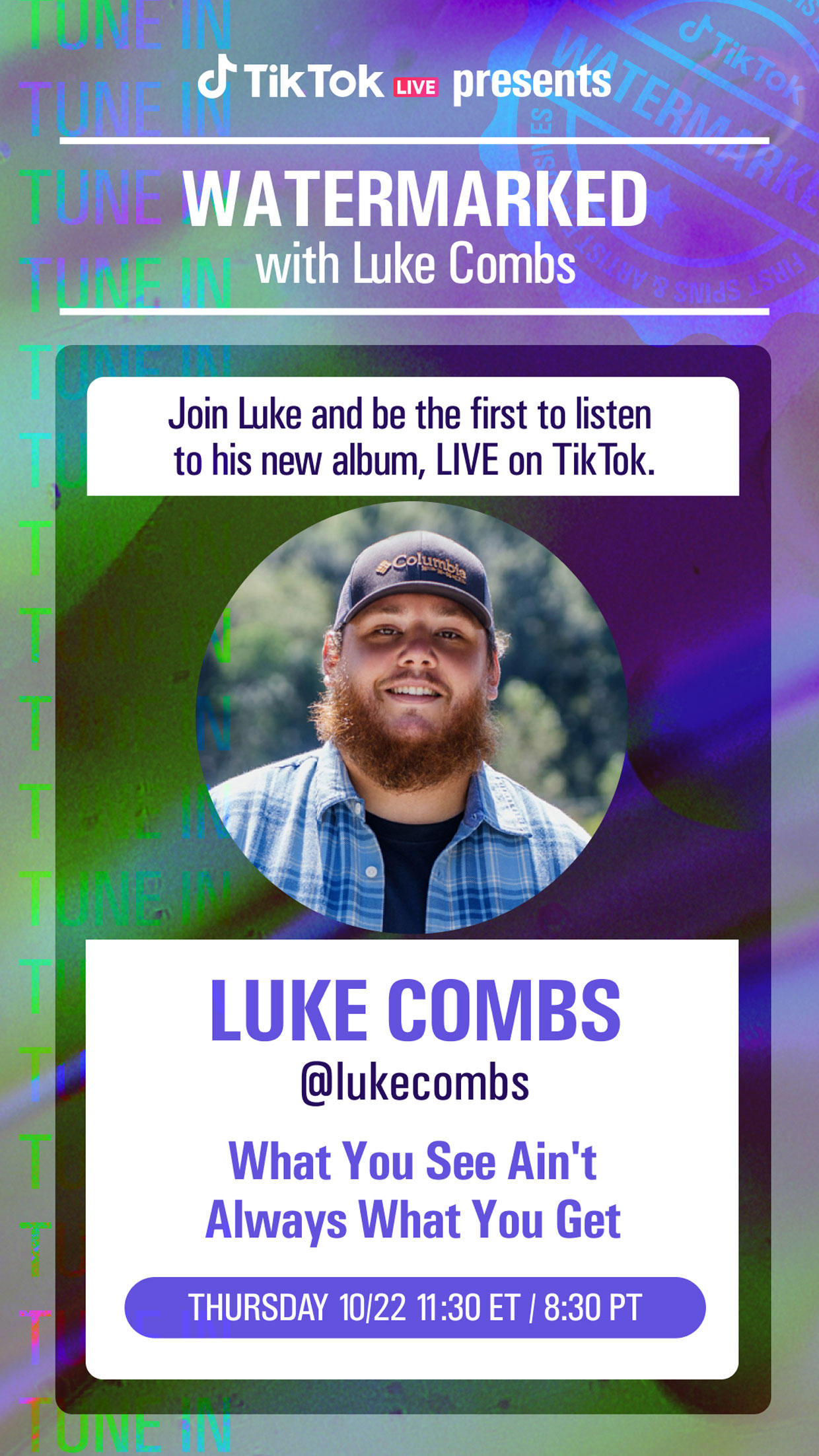