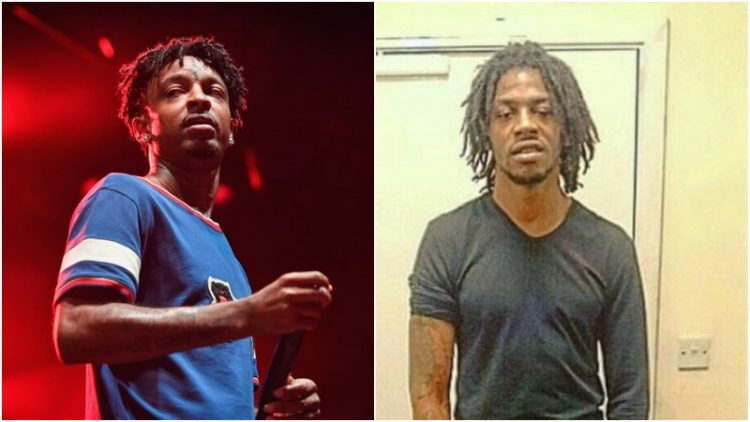 21 Savage is mourning the death of his younger brother who was killed in a London stabbing.

Police responded to a stabbing in Lambeth, London, and declared a 27-year-old man dead at the scene. Authorities did not identify the name of the victim, but several of his family members have confirmed that he was the victim.

Terrell Davis, who was a drill rapper known as TM1way, was shopping for his grandmother when he got into an argument with an old friend, who suddenly attacked and stabbed him, a family source said. The incident took place at the Blenheim Gardens estate in Brixton on Sunday night. TM1way and 21 have the same father, Kevin Emmons.

“Can’t believe somebody took you baby bro,” 21 paid a tribute to his brother on Instagram, while captioning a picture of the two of them as children. “I know I took my anger out on you. I wish I could take that sh-t back.”

Another one of the rappers brothers, Quantivayus “Tayman” Joseph was shot during a drug deal, he had previously revealed back in 2016 during an interview the The Fader.