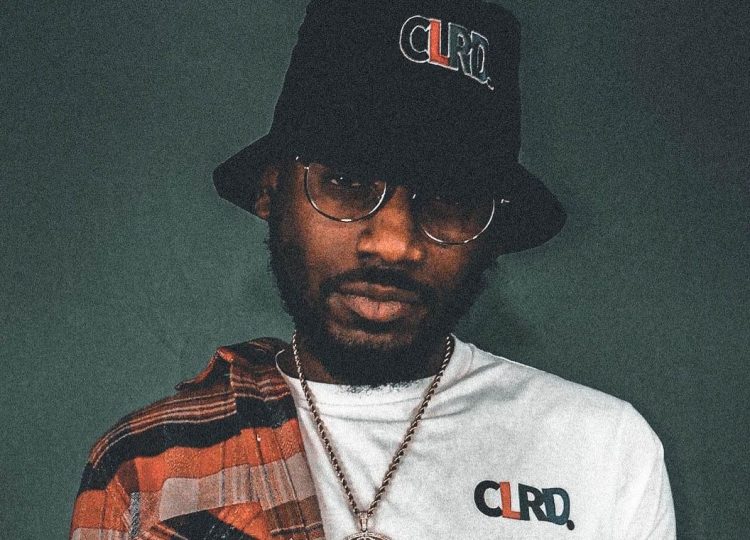 PRICE, one half of the rap duo Audio Push went solo with his debut project CLRD last month.

The project comes at a time when America is going through a very important transition in history. With the focus on standing up for black and brown people more than ever, the L.A. based rapper and songwriter decided to create his debut offering on that theme.

PRICE was previously signed with Hit-Boy via his HS87 label and was even in a situation with Interscope Records but he left a little while ago to join Wyclef Jean’s label Heads Music recently. The Inland Empire, CA artist has written and produced for Travis Scott (‘Antidote’, ‘Piss on Your Grave’, ‘Way Back’, ‘Outside’, ‘Wasted’), Mariah Carey, Ty Dolla $ign, H.E.R., Kanye West, Brandy, and many others but his first love is always going to be his own artist.

“The role that I enjoy the most is definitely being my own artist, like creating music for myself, because the reward with that is being able to go perform that music for the people. And there’s no greater feeling on the planet than that,” he tells HHNM. “It’s the best feeling being on stage, feeling the energy from other human beings that relate to your music in the words that you’re speaking. It’s amazing. So that would be my favorite.”

But PRICE is not really giving up on writing for others as he plans to keep his songwriting alive by collaborating with other artists. “Then it probably would be after that, writing R&B songs for women. It is super dope to do that because it’s just challenging and it is like super rewarding to hear my words being sung like beautifully by these amazing voices.”

On his debut album, which you can stream above, PRICE wanted to make sure he amplified the black voice as much as he could and set himself apart form his peers. The album features production from Boi-1da and guest appearances from Kota The Friend and Candice Boyd.

“I did plan to deliberately set myself apart but it was pretty easy because this whole time that people have been experiencing Audio Push, we’ve been combined in our story and you know, pretty much just fusing our experience because we’re a group. But so that’s why you got the experience that you got with the music down to the interviews. When it comes to my solo music, I was extremely intentional with knowing that I wanted it to be very pro-black, very liberated for colored people. That’s the message from my music. That’s what I stand for. Stand by us. That’s who I am,” he said.

We also asked him about his transition from being signed to Hit-Boy to now being with Wyclef Jean’s company. “The transition from Hit-Boy’s label to Heads Music was fairly easy because I’ve been independent for a few years. We’ve been independent, doing our own thing, dropping albums with EMPIRE and a couple of different companies. So it was pretty simple. You know, for me, if anything, it was just more tough to transition into the solo experience. But everyone at Heads Music is incredible, super embracing and just uplifting. So it feels incredible being being, you know, with a company, with just well established, moguls in the game, if I could say anything.”

i just wanted to create a body where my people can feel liberated….. THIS tho 😳 a million + streams on my first album in 2 weeks!? black owned! THANK YOU is an understatement 😱😢✊🏾

PRICE is certainly enjoying being in an indie-type of position since he has a lot of control over his creativity. “I own everything, I’m going to maintain owning everything I don’t do music or business or anything with anyone I don’t want to deal with, with anyone’s energy that’s questionable. The hardest thing to navigate, I would just say is just being able to weed out what’s true and what’s not.