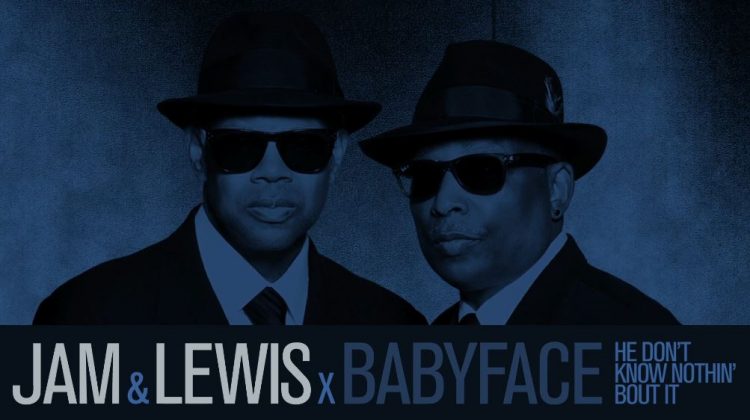 Last month, we received the surprise announcement that Jimmy Jam & Terry Lewis are preparing the release of their first ever album.

The five-time Grammy Award-winning and multi-Platinum production duo are kicking off the campaign by teaming up with Babyface to release their debut single entitled ‘He Don’t Know Nothin’ Bout It’ today. It was pretty crazy to think that the duo, who has logged 16 Billboard Hot 100 Number Ones and received over 100 Platinum certifications (including Diamond awards), has never released an album.

This song is certainly what you would expect from Jimmy Jam & Terry Lewis and Babyface collaboration — grown person R&B music.

About their collaboration, Jimmy Jam & Terry Lewis said, “This is one everybody’s been asking for but never thought they’d see. You know Kenny’s voice the second you hear it, and he blessed the track with an incredible performance. It’s been a long time in the making and we cannot wait for everybody to hear it.”

Added Babyface, “Working with Jimmy Jam and Terry Lewis was a beautiful experience. We had a mutual respect for each other’s creativity…So the music came easy and the love just flowed… We could all use a little more of that today.”

Listen to ‘He Don’t Know Nothin’ Bout It’ below.