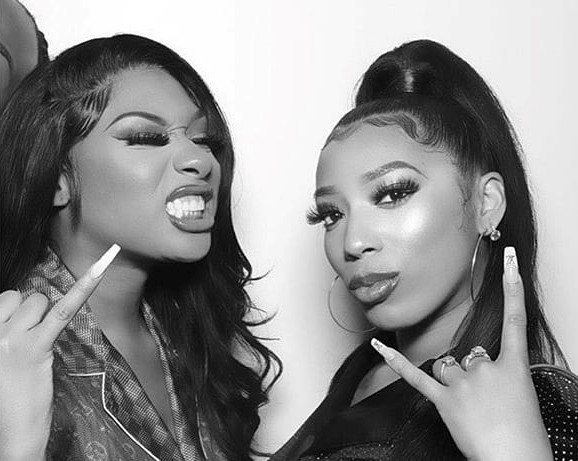 Things have gone bad between Megan Thee Stallion and her former BFF Kelsey Nicole it seems.

Kelsey has just dropped a diss song towards the rap star called ‘Bussin Back’. This comes just minutes after talking about her side of the story on Instagram Live about the much talked about shooting incident involving Tory Lanez. “Y’all talked y’all shit , let my “ SHRIMP” ass talk my shit too. I was built for this, no weapon formed against me shall prosper,” she said on her Instagram.

The song is a response to Megan’s ‘Shots Fired‘, the opener on her debut album Good News. Listen below.

On ‘Shots Fired’, there were certain lyrics which seemed like they were shots at Kelsey as well. “Who you takin’ shots at, goofy-ass bitch?/Watchin’ me succeed from your knees, suckin’ dick/I know you want attention from the n****s that I get/I’m a steak, you a side plate, shrimp, stay in your place,” Megan raps. Kelsey has remained silent about the shooting incident, although it was believed that she was a witness.

It was also a rumor that Tory and Kelsey were dating. Kelsey had reacted to the lyrics on ‘Shots Fired’ with a few comments on Instagram:

A post shared by The Neighborhood Talk, LLC (@theneighborhoodtalk)