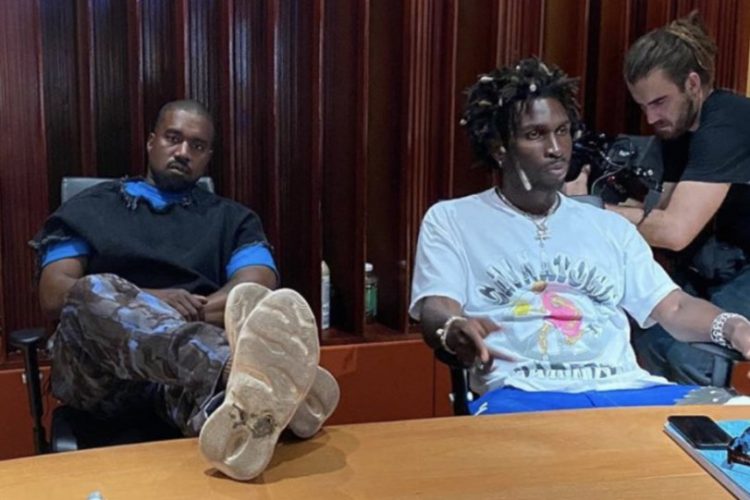 ‘Roses’ hitmaker SAINt JHN released his latest album While The World Was Burning this past Friday featuring an all star cast of Kanye West, Future (on the ‘Roses’ remix), Lil Uzi Vert, A Boogie wit da Hoodie, DaBaby, JID, Kehlani and 6LACK.

The talented artist is fresh off earning a Grammy nomination for “Best Remixed Recording” (‘Roses’) and he is now sharing another new collaboration with Kanye West called ‘Smack DVD’. He did mention a few days ago on Twitter that a new issue of the album will be arriving on DSPs, featuring the “missing Kanye record” plus some mixing changes.

That + The missing Kanye record + The right arrangement gonna be fixed next week ☠️ https://t.co/iPVDYWI4xZ

The song is now out everywhere. Listen below.