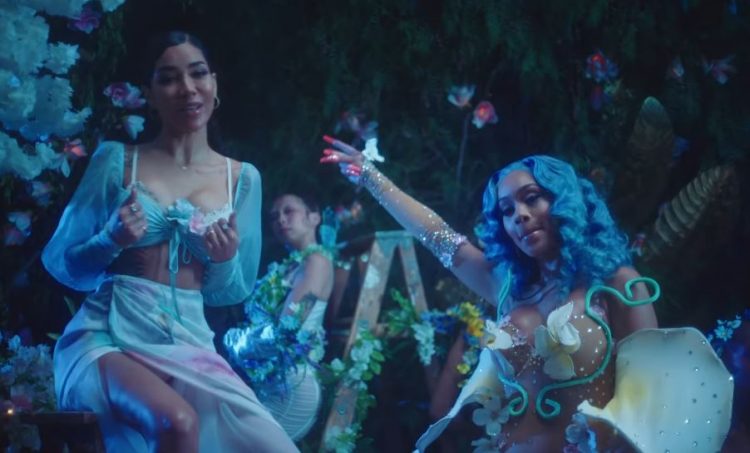 Saweetie has been recording new music in Quarantine which should land on her upcoming new album Pretty B*tch Music.

Today, she has shared the official music video for her latest single ‘Back to The Streets‘ featuring Jhene Aiko and co-produced by Timbaland. Saweetie rides bikes through alleyways with friends before lifting off to join Jhené at a colorful set. It is directed by Dave Meyers — watch it below.

On November 25, Saweetie will join The Wendy Williams Show on Fox to talk about the single and video for ‘Back To The Streets’. She’ll also discuss her forthcoming debut album and more.