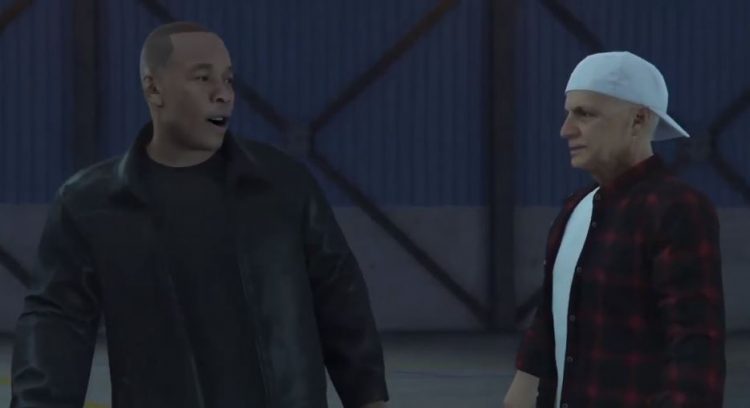 GTA Online dropped one of their biggest updates ever, The Cayo Perico Heist, and it features a few special cameos.

The game’s latest update rolled out on December 15, adding a brand new island to the game, fresh weapons and a list of vehicles that fans were able to access for the first time. It features special appearance from the one and only Dr. Dre along with longtime business partner and friend, Jimmy Iovine. Rockstar Games had not previously announced the same.

Also making a cameo is rapper, producer and director DJ Pooh. In the scene, which you can watch above, Dre and Iovine discuss Dre’s lost phone which has important files, naked pictures of women and unreleased music.

Fans were also able to spot Scott Storch in one of the scenes: