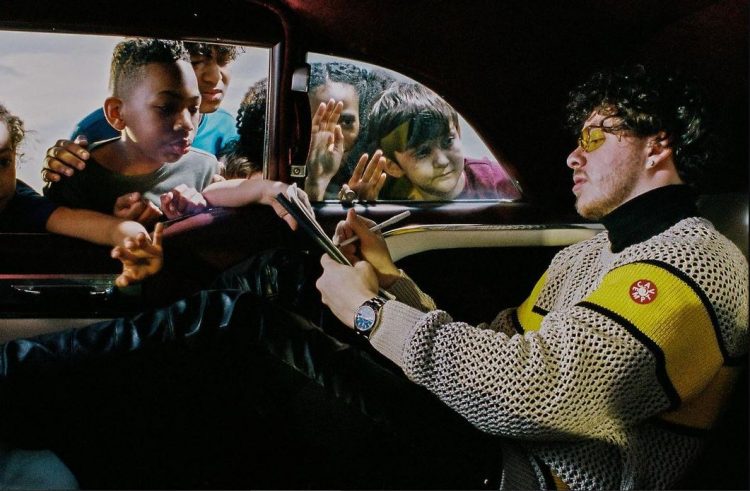 Jack Harlow has been grinding for a couple of years now but 2020 was definitely a breakthrough year for the young rapper from Louisville, Kentucky.

His song ‘WHATS POPPIN’ ended up being one of the biggest hits of the year, setting the tone for a fourth quarter run with his official debut album Thats What They All Say. Jack only gave fans a week’s notice for the album which has been a trend lately in the music industry.

“So this album, I tried to cover all my bases, and I tried not to have any songs identical to one another. I didn’t want two of a kind of anything. So I really showed a lot of range on here. I worked with a lot of producers. There’s a lot of flavors, but more than anything, I do believe this album is timeless. And I think it will timestamp this moment. And people are going to remember this album and live with it for years to come. So I’m excited about it. There’s a lot of great features,” he told Zane Lowe about the Generation Now/Atlantic Records release.

Guest appearances on the album include Big Sean (on the latest single ‘Way Out‘), Lil Baby, Chris Brown, Adam Levine, Bryson Tiller, Static Major and more. Below, we also have the full production credits which has names like Jetsonmade, Boi-1da, Scott Storch, Hit-Boy Harry Fraud, DJ Dahi and more. Take a look.

Thats What They All Say Production Credits: