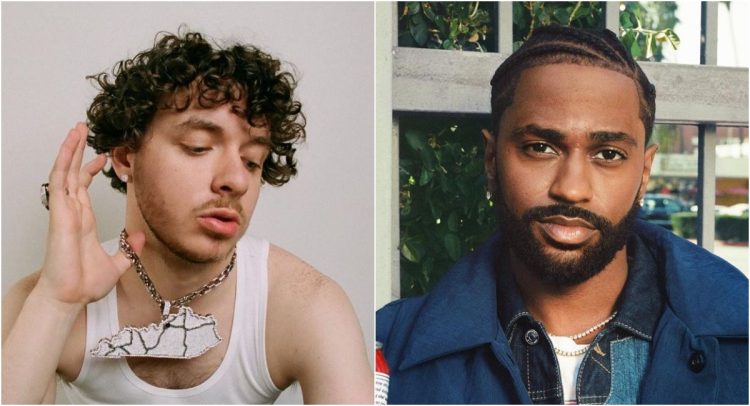 His smash hit ‘Whats Poppin’ as well as its all star remix will be included on the album but he’s back today with a solid one with Big Sean called ‘Way Out’. It serves as the follow up to the first single ‘Tyler Herro‘ and comes along with a music video.

Jack also spoke to Zane Lowe on Apple Music about the collaboration with Sean. “He did it right in front of me and he killed it. I was in the room. I was in his crib in LA. And he did it right in front of me. No booth, big dog. It was the first day we met,” Jack said. “He’s one of those down-to-earth cats. We just started talking about life. He was giving me gems. He’s been in the game for so long now. He’s experienced it. He knows what it’s like. So he was giving me a game bro, and just saluting me. And honestly, probably one of the nicest rappers I’ve ever met, if not the nicest.”

The Louisville, Kentucky rapper also shared some details about the album, revealing that it will have a lot more variety than his previous projects. “So this album, I tried to cover all my bases, and I tried not to have any songs identical to one another. I didn’t want two of a kind of anything. So I really showed a lot of range on here. I worked with a lot of producers. There’s a lot of flavors, but more than anything, I do believe this album is timeless. And I think it will timestamp this moment. And people are going to remember this album and live with it for years to come. So I’m excited about it.”

He didn’t reveal the features but teased there’s some “great” ones. “There’s a lot of great features. Just going to go ahead and drop that as an exclusive. I ain’t said nothing about features, but there’s some great ones. This being one of them. So I brought it.”

Jack says that Jetsonmade produced most of the album. “The guy that did most of the production on here is Jetson, and he did, “WHATS POPPIN” But Jetson stepped into a bag he’s never stepped into on a lot of these songs. These are not Jetson type beats. He’s in another world. So Jetson really decorated a lot of this album.”