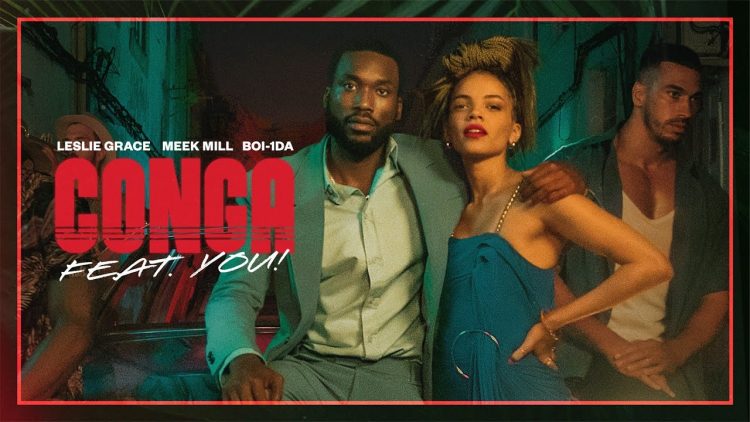 The song is presented by Bacardi for their campaign to promote the new cocktail called the Coco Conga. It’s a fresh twist on the hit 1985 single from Miami Sound Machine’s Emilio and Gloria Estefan and has lead vocals from three-time Latin GRAMMY Awards nominee Leslie Grace along with Meek Mill.

The track is produced by hitmaker Boy-1da and features a select number of fans in the music video which were chosen after some rounds of submissions. Watch the summer ready clip below.

“BACARDÍ is thrilled to reveal the first-ever remake of the global smash hit ‘Conga’ and official music video. Over the past month, we closely reviewed all the incredible fan submissions from around the world and incorporated a select number into the final music video alongside the artists,” said Ned Duggan, Global Senior Vice President for BACARDÍ rum. “We’ve always seen music as such a powerful force in bringing people together, and as the world trended toward division and isolation this past year, we wanted to use music as a catalyst to bring people back together in a way that has never been done before. We can’t wait for you to see it.”