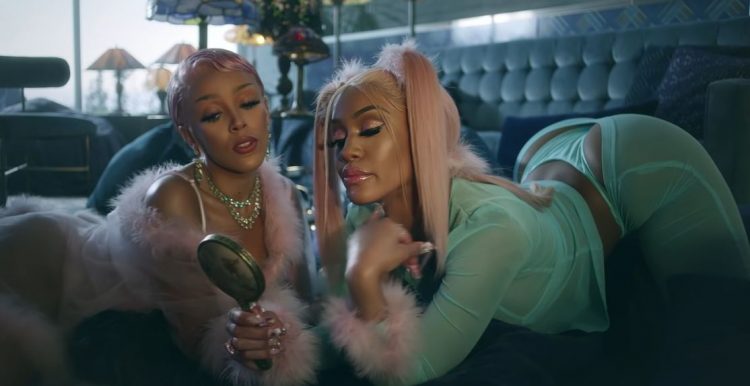 Saweetie and Doja Cat were supposed to release their new single ‘Best Friend’ last month which did not go too smoothly.

If you remember, Saweetie called out her label Warner Records for prematurely putting out the record without her approval. She also added that the track that came out on a couple of streaming services was the “wrong” version.

“I am extremely disappointed in my label WBR for prematurely releasing a single I was so excited about. I feel disrespected,” Saweetie said via Twitter. “I’m hands on with ALL of my creative & had such a dope rollout for “best friends”. The thirst for clout & $ is real & it overrides the artists’ art,” she continued.

But today, the rapper has teamed up with Doja Cat for the official release of her uptempo song which also comes along with a colorful music video. Watch the two celebrate their friendship in the Dave Meyers-directed clip below.