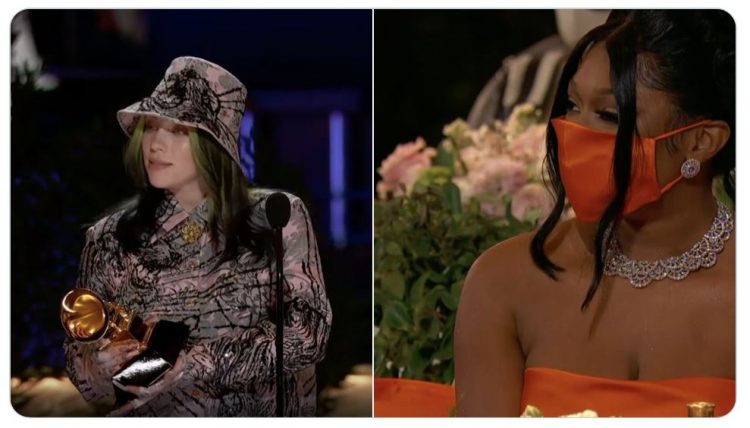 Billie Eilish won the coveted “Record of The Year’ GRAMMY award tonight at the 2021 ceremony and surprised everyone when she paid a tribute to Megan Thee Stallion while accepting the award.

The young artist won the Record of The Year award for the second straight year in a row. ‘Everything I Wanted’ won in the final award presented at the 63rd annual Grammy Awards on Sunday night over songs like ‘Black Parade’ by Beyoncé, ‘Colors’ by Black Pumas, ‘Rockstar’ by DaBaby feat. Roddy Ricch and of course, ‘Savage’ by Megan Thee Stallion.

Congrats Record Of The Year winner "everything i wanted" – @billieeilish: https://t.co/QPXIcT5X82 #GRAMMYs pic.twitter.com/K18afmy5HZ

Billie said she felt embarrassed by the win as she thinks Megan deserved it more. “You deserved this. You had a year that I think is untoppable. You are a queen. I want to cry thinking about how much I love you,” she said while Megan humbly nodded her head. Watch the footage of her speech below.

Eilish also won the Grammy for best song written for visual media this year, with her Bond theme song ‘No Time To Die’.