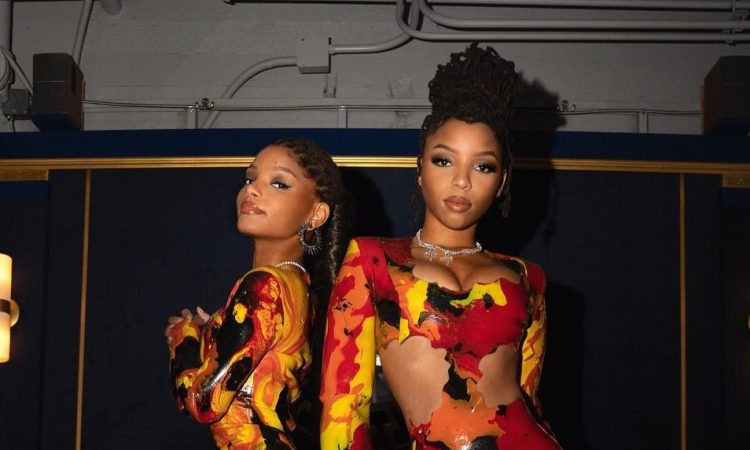 Back in January, Chloe x Halle decided to create their own separate accounts on Instagram which led to some chatter online.

It was a big change her their fans as the two sisters have shared the same account for almost 9 years. “Obviously, we are in two separate places right now,” Halle said of their decision in their announcement post which you can watch below. “No matter the distance, we’re still together.”

When Chloe shared some stylish photos on her account, some people criticized that that she was trying too hard to gain attention. Soon after, she shared a video message explaining that the videos are an expression of self-love, body acceptance, and her journey to self confidence rather than thirst for attention.

In a new interview with Angela Yee in celebration of International Women’s Day, both Chloe and Halle spoke about being role models to young girls, recording music remotely from different locations, the ‘Do It’ remix with Mulatto, City Girls & Doja Cat, and of course the reason why they created separate Instagram accounts.

The main motive? The sisters have been at different locations for some time now so they thought it would be best to do it this way so they can properly express themselves and interact with their fans. Watch it below.