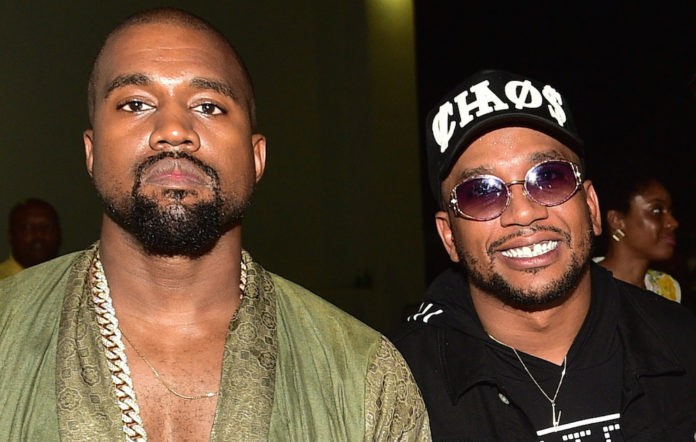 CyHi The Prynce recently changed his stage name to just Cyhi and has been working on re-branding himself.

Last month, the talented rapper and songwriter got hit with an alleged assassination attempt in Atlanta where he got shot at by unknown persons in another car. It caused him and his car to hit a pole, flip over and crash into a tree. Luckily, he survived without any serious injuries.

Now having all the time to reflect, Cyhi says that although he had decided to retire from rap and only write for others, he has since changed his mind. He wants to still release rap albums, as he feels super encouraged by the response from his fans. Taking to Instagram, the Atlanta resident reveals that he’s sitting on 3 albums worth of material and he has plenty of stars featured on it: Travis Scott, Kanye West, Big Sean, 2 Chainz, Lizzo, Pink Sweats, Mozzy, Jack Harlow, Ty Dolla, Cordae and more.

He added that he’s also looking for the right label to partner with for the release of his new music. “Since my journey started in music, I have always been considered one of the best rappers in the world but a lot of times where I’m from (Atlanta, GA) or who I have been signed to in the past hinders me from getting the opportunity I deserve!!!” he wrote.

“I don’t complain or throw my partners under the bus, I just try to work through it but now that I’m a “FREE AGENT” I feel like I’m at this crossroads: “do I still even want to do this?” due to the lack of support I get from the people around me. Since my recent incident, I have had time to reflect,” he continued.

He asks labels and other companies to contact him via DM on Instagram if they are interested in working with him. “I contemplated retiring from rap and just being a songwriter, but the overwhelming support from the fans makes me feel that people still would like to hear my music so I’m writing this letter to the Music Industry: if you’re interested in one of the best hip-hop/rap musicians in the world, please feel free to reach out via DM – thanks and luv,” he signs off.

Cyhi released a live performance of his song ‘Black Superhero’ last week which you can watch below.