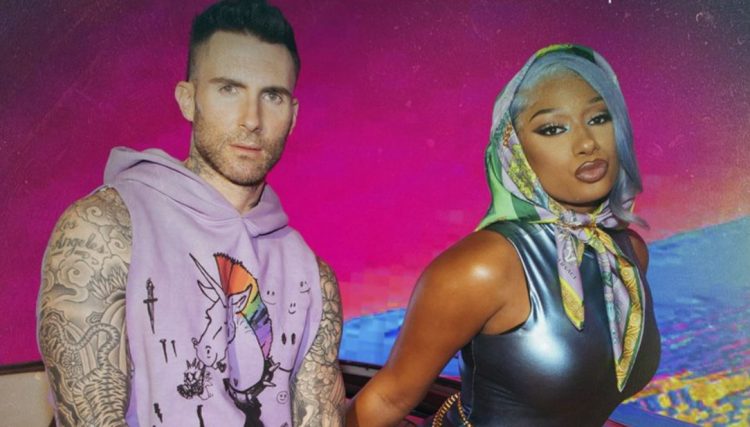 The much awaited collaboration between Megan Thee Stallion and Maroon 5, ‘Beautiful Mistakes’ is here.

Maroon 5 announced their new single a couple of weeks ago with a snippet and also teased the release of a music video potentially dropping in the near future. The band delivers the song today with help from the Houston Hottie and it doesn’t disappoint. Produced by Adam Goldstein and blackbear, it is a perfect rap-pop mix that could impact the charts in a big way.

“She is a superstar, but really in the truest sense, man, she’s all class, and just we had the best time shooting the video, and it was just a lot of fun, man. I was cracking jokes the whole time, making her laugh,” said Adam Levine to Zane Lowe about collaborating with Megan. “And it’s funny, man. You look back at all the crazy features we’ve been able to do, whether it’s Wiz or Kendrick, or is, I mean, there’s like a million, you know? I can’t, there’s too many to mention or a future of work. We’ve just, every single one has been so special, and we feel really proud of being able to carry that torch.”

“I told her that when we finally met up, because obviously everything was done separate. And when we actually saw her in person, and we shot the video together, I told her. I was like the little break where you go to the melodic thing, to be honest, it actually shows this new kind of branch of what she does, and this new versatility that she’s going to show everybody right now. And I was so, I remember when I heard it, I was like, oh, that’s big. That’s a side of her I had never really heard yet.”

Listen to ‘Beautiful Mistakes’ below. Maroon 5 are prepping the release of their new album, the follow up to 2017’s Red Pill Blues which featured contributions from SZA, Kendrick Lamar, Future and A$AP Rocky.