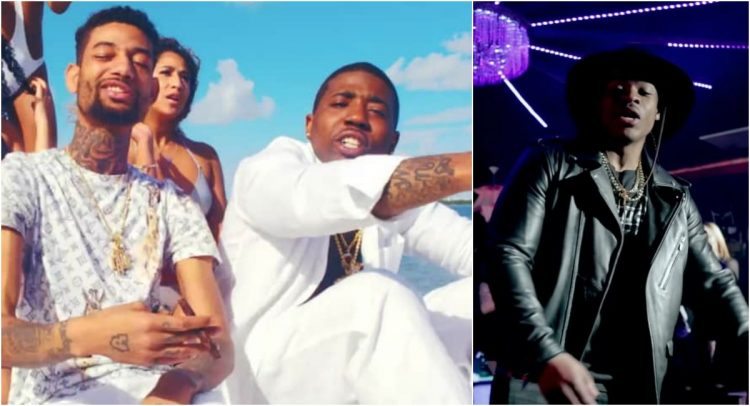 Jersey-based rapper Rackboy Cam has been awarded approximately $1.7 million in a legal battle where he alleged that YFN Lucci and Philly rapper PnB Rock copied his 2016 song ‘Everything Be Lit’ for their own hit ‘Everyday We Lit’.

It was quite a long-running legal dispute where Rackboy claimed that his copyright was infringed by Lucci and PnB Rock. ‘Everything Be Lit’ by the independent rapper came out a few months before ‘Everyday We Lit’ which ended up being a top 40 hit on the Billboard Hot 100 chart.

The lawsuit, filed in 2018 in U.S. District Court in Georgia, was based on similarities between the choruses of the two songs, along with the lyrics. The hook of Rackboy Cam’s track was done by Maino. Both songs, Rackboy Cam had claimed, include lyrics about “jewelry and women.” He was asking the judge to order stopping of sales of the song and that YFN Lucci hand over part of the profits from the song.

According to the documents filed in the court, the song ‘Everyday We Lit’ made approximately $7 million in revenue. The resemblance was enough to convince Judge Charles A. Pannell Jr. to issue a default judgment in Rackboy Cam’s favor.

Under the terms of the judgment, Rackboy Cam has been awarded $1.445 million plus legal expenses. The rapper also received writer’s credit for royalties at 50% in perpetuity from both YFN Lucci and PnB Rock.

“This has been a very lengthy and tedious process. I’m grateful for the outcome, and I’m thankful it’s all behind me,” said Rackboy in a statement. “I’m excited to get back into the studio and continue creating music for my fans. I wish the best for all parties on current and future endeavors.”