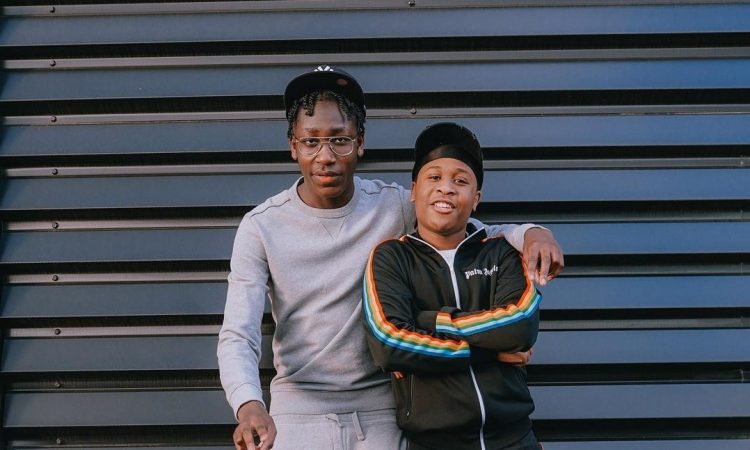 TikTok is truly a wonder. The social media app has introduced the world to a whole new world of artists. TikTok — known for videos that provide instant gratification — is (mostly) the machine behind the UK’s viral-sensation, “Latest Trends.”

“Latest Trends” is crafted by two teenagers, a duo that goes by simply A1 x J1. Under the 3-minute mark, Latest Trends explores A1 and J1’s pain while holding hopes for a better tomorrow. The song is an eye-opening display of today’s youth as homelessness and broken homes are a reality for many worldwide. The single is more than a catchy tune, it’s a means of comfort for those facing similar challenges in life. Both A1 and J1 stress the necessity for money over women. They remain focused on changing their lives, and that hunger runs rampant throughout the emotionally-charged chorus.

The duo met just about a year ago during the lockdown in the UK due to COVID-19 pandemic. They crossed paths on the video chat app Houseparty when the platform started to blow up worldwide during the early stages of the pandemic. Fast forward, the song has ended up peaking at #2 on the UK charts, earned them close to 3 million monthly listeners on Spotify and even a remix with popular British rapper, Aitch.

A1 doesn’t sing. He’s not a singer by any means. But on “Latest Trends,” he uses his voice in a way that even shocked him. J1 is the perfect voice to balance A1’s, with a delivery akin to a UK Grime veteran. Both A1 and J1 are talented rappers with the world currently in the palms of their hands.

Over a Zoom call, I had the chance to connect with A1 and J1. Both artists were excited, still in disbelief at the fame that feels like it arrived overnight. We discussed their upbringings, their influences, how the hit came about and their scope for the future. This is a new chapter for the young musicians, and the future couldn’t shine brighter.

Congratulations on the success, A1 and J1. How are you adjusting to the new fame?

A1: “We’re just working, I’m not really focused on the fame because everybody is locked down. Everyone’s inside. We haven’t really been out, but I’m just ready for the shows! I feel like when the shows happen we’ll form that sense of fame.”

What are your real names?

What part of the UK are you both from?

J1: “I’m from Kent, which is right outside of London. I live in a place called Grace, which is in Kent.”

A1: “I’m originally from London but I actually moved to Coventry. J1 and I are from completely opposite sides of the U.K.”

How did you guys end up linking up?

J1: “So he was on this app called Houseparty, and I was in the same Houseparty room. I joined his room, but I didn’t know him. He was talking to one of my friends. I joined his room and we just started having a music debate, and we got to know each other. We created a brotherhood and then I found out he was a rapper. I’ve been supporting him ever since.”

“Latest Trends” is a hit on TikTok and is killing it in the charts. How did the song come about?

A1: “On my behalf, shoutout Show Beats he produced the beat. Literally I was on YouTube and I listen to the beat, and I’m like “Whoa, this beat is different” It has a chill vibe, but also has a metallic feel to it. At the time I was writing, I was feeling a type of way. I use music as if it’s another world to me. When I’m feeling a type of way, I go to music to calm myself down. So then I wrote the hook because everything came very naturally to me. I didn’t sit down and say “I’m going to write”, as soon as I heard the beat it all came naturally.”

J1: “And then after he finished writing, he asked me to go record up in Coventry. He sent me the beat and I was like “Whoa this is hard”. I said I might as well write a verse to it. I started writing at home… We then paired together, and I screen recorded a little bit of the song. It was like a 15 second snippet on TikTok and it went off.”

That’s crazy. A1, what were you feeling during the time you were writing the hook?

A1: “I feel like I put all of my pain, all of that pain that was going on in my life. I felt like I had to say something that maybe some people could relate to. So I wrote the hook and I was shocked. When I used to rap, I wasn’t singing. I was actually rapping. I shocked myself with the singing and I thought it was different. That’s how Latest Trends happened.”

J1, how do you feel TikTok is helping younger artists create a platform?

J1: “What’s crazy about it, I didn’t really use the app. I didn’t know how to work it at all. And then I just started scrolling for the feed page of ours. I’m thinking, ‘this app is quite fun, it’s quite interesting. Music could be a good way to come out. If I use the app and use music to promote I feel like it will be a good way to promote music’. So that’s why I posted on TikTok. And then I just wanted to see what people thought of the track and people that were liking it were saying “drop it, drop it… when’s this coming out? When’s this coming out?” Then we drop it and it went crazy.”

In the song, you mentioned nearly being homeless. What was life like before this track was created?

A1: “We used to struggle, man. In terms of, my mom couldn’t pay for certain things. Like I wouldn’t have the latest clothes or footwear. I’m just blessed things are starting to turn around.”

J1: “Life wasn’t great for me as well. My family went through that struggle as well. And then this came about and it kind of changed our lives.”

What artists did you listen to growing up?

J1: “I sometimes listen to Dave. Storytelling wise, I believe everything he’s saying and the stories he tells. It’s so relatable.”

A1: “For me, it was also Dave. If we are talking about the American scene, I really like Polo G and Lil Tjay.”

Was anyone in your family into music at all?

J1: “My parents used to watch Britain’s Got Talent, and American’s got talent as well in the living room. And as I wanted to do something like that, so that’s why I just started rapping doing freestyles on Instagram to see what people thought. And I just didn’t stop. People were telling me to stop back then but I never stopped because you have to pursue your dream.”

A1: “For me, I actually grew up in a church type of background. I used to play the drums in church. So music, I’ve always had love for. Honestly, it’s just that this is amazing. And now music has become a job for me. It’s a blessing.”

“I’ve got GCSEs, do you guys know what that is down there? It’s exams, like it’s your final exams to get to the next level for us which is College. So yeah, so I don’t have time for girls, I have to focus on my education.”

Also in the song, you mention how having a bi**h will make you lose focus. What are you trying to keep your focus and sights on?

A1: “That whole bar is because I’m young. I’m 15. I’ve got other things to be worrying about than girls. I’ve got GCSEs, do you guys know what that is down there? It’s exams, like it’s your final exams to get to the next level for us which is College. So yeah, so I don’t have time for girls, I have to focus on my education.”

Outside of making music, what hobbies do you guys have?

J1: “I can play football [A1 laughs] He thinks I can’t play Football. I can do a couple of kick ups. I’m telling you.”

You both have a passion for playing football. You guys have a lot in common for a coincidence of meeting at a house party.

J1: “The only thing we don’t have in common is height.”

(Laughs) Moving forward in the industry, Who are you guys looking forward to working with in the UK market and US market? Artists and producers.

A1: “I’d say honestly I would like to have a full lap. We’d go in I’d say like a natural type of vibe. I wouldn’t want anything that’s forced, like a natural type of thing. I feel like that’s the best way to make music sound natural. That is for me, it’s like, whatever happens, happens, man. A big, big, big one for me would be 100% Dave.”

What do you want the world to know about you  guys today?

J1: “I want you guys to know that, don’t ever stop doing what you want to do in life. And don’t let anyone ever tell you no. Because if you let them tell you no. You will stop and you will regret it in the future.

A1: “100 percent. If you know in your head what you want to do. Just keep pushing. Keep pushing, keep pushing. Don’t let anyone tell you no, honestly.”