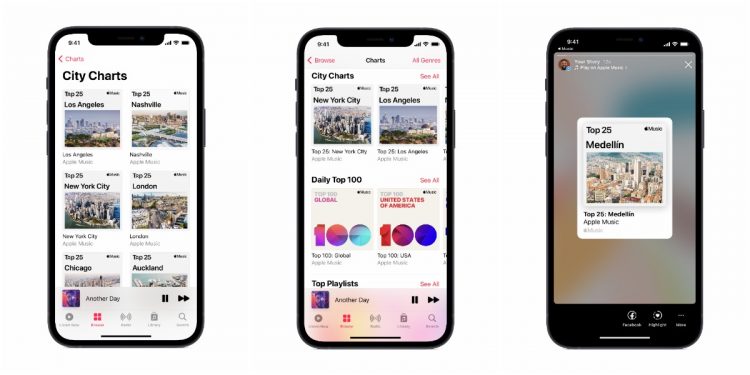 With streaming wars in the music industry getting more and more intense, Apple Music has launched a new feature today to highlight the top songs in different cities around the world.

With City Charts, fans will be able to track which songs are making the most noise in 100 cities across the globe. While standard charts rank music based simply on number of plays, the newly launched City Charts combine pure plays with additional signs of local popularity to rank the top 25 songs locally, “truly highlighting the local culture and individual music scenes of the cities they represent.”

Users can also add their favorite City Charts to their library, download them, and share them with friends. Below, you can find a list of cities that the new charts will cover. The new features will be available from today, April 26th.

Latin America and the Caribbean